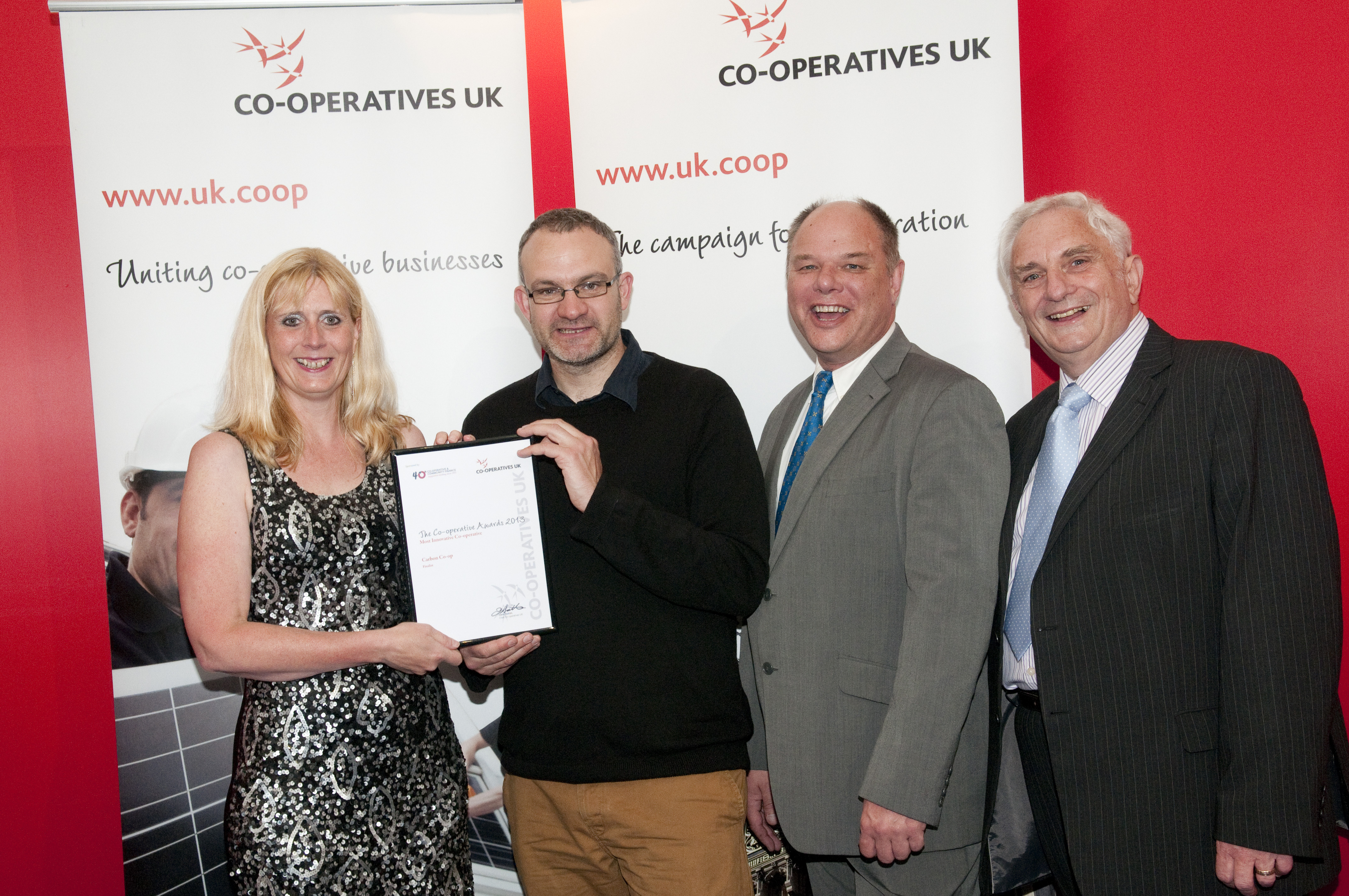 Carbon Co-op won the award for Most Innovative Co-operative at the Co-operative Awards 2013. Held in Cardiff as part of the annual Co-op Congress, the award was sponsored by Co-operative and Community Finance and given to the co-operative that did most to develop a new approach, idea, or practice to enhance how co-operatives do business.

The judges recognised Carbon Co-op on the basis of our development of new ways for people to make their homes more energy efficient and to co-operate with other members to procure new energy efficiency technology at competitive prices.

"Carbon Co-op are delighted to have been acknowledged by the co-operative movement for all the work our team and our partners at URBED have put in over the past few years. We think our success demonstrates the ability of co-operative models to innovate new markets and succeed where conventional business cannot." 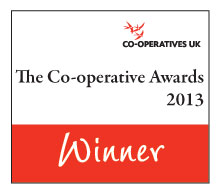