Produced by Manchester-based urban design company URBED [1], the 'Retrofit Fact-file' is a short summary of facts and publications relevant to retrofit – the upgrading of existing homes to new energy efficient standards – released on Tuesday 13th September 2016 to coincide with Community Energy Fortnight. 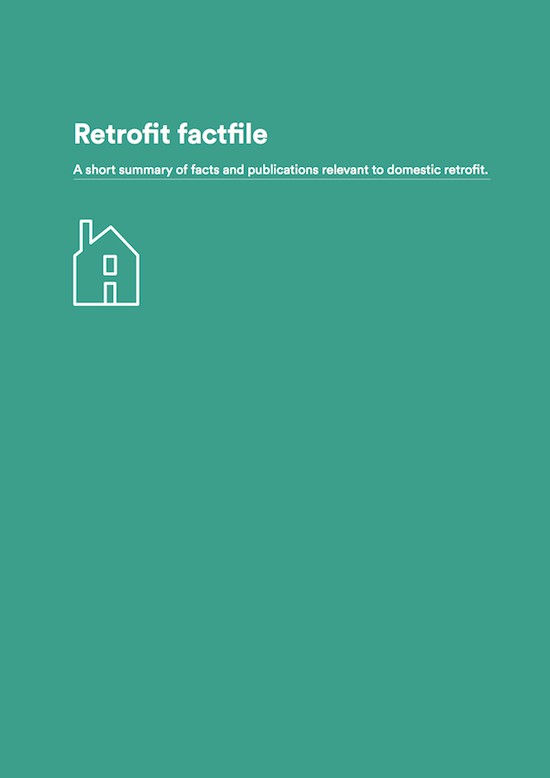 With ambitious carbon emission reduction targets [2], increasing levels of fuel poverty [3] and research showing the links between poor housing and poor health [4], energy efficient retrofit is increasingly being identified as the best way to tackle these environmental and social issues whilst attracting investment and creating new jobs.

The report indicates that the Carbon Co-op homes:

Jonathan Atkinson of Carbon Co-op said:
“The report outlines the case for doing more on energy efficiency and improving our homes – benefiting not just the environment but our pockets and our health. Since the Government's Green Deal programme ended in failure it's up to Community Energy organisations like Carbon Co-op to show the way.”

Professor Kevin Anderson deputy director of the Tyndall Centre for Climate Change Research at Manchester said:
“If the UK is serious about making its fair contribution to meeting the Paris Agreement’s climate goals, it is crucial it begins a programme of rapid retrofit across the UK’s housing stock. Carbon Coop’s work demonstrates what can be achieved when technical expertise is brought together with an understanding of how householders live within their homes. It is these examples that inform my discussions with local and national policymakers about how retrofit could offer huge benefits to the UK – secure employment, the elimination of fuel poverty, resilience to volatile energy prices and, of course, major reductions in carbon emissions. Given the appalling thermal condition of much of the UK’s housing stock, retrofit is one of those few cases of a genuine win-win opportunity.”

The fact-file concludes that a renewed commitment to energy efficient retrofit could create 130,00 new jobs in the UK's construction industry and pump billions of pounds of investment in to the economy.[10]

[1] URBED is an urban design and sustainability practice based in Manchester, UK. It carries out work for the public sector, masterplanning and policy research work.
[2] In terms of final energy consumption, the housing sector accounts for 29%, more than either road transport or industry. The UK Government is legally committed to reducing carbon emissions across all sectors by 80% by 2050.
[3] Statistics from 2011 showed that 2.39 million (10.9% of the total) households are in fuel poverty.
[4] The Marmott Review (2011) reported that excess winter deaths are almost three times higher in the coldest quarter of housing and that excess winter deaths are linked to cardiovascular and respiratory diseases.
[5] Community Energy Fortnight runs from the 3rd to 18th September 2016 and showcases inspiring examples of communities sharing their resources and generating renewable energy and wasting less.
[6] Completed in 2015, Community Green Deal was Carbon Co-op's domestic whole house retrofit project. https://carbon.coop/portfolio/community-green-deal/
[7] Energy bill reductions: including income from the Feed in Tariff the average saving is £900, with one householder having bills of £-70 (minus) per year, in effect generating income from their home.
[8] The average reduction in gas use across the properties monitored is 47%.
[9] The average CO2 emissions rate across the programme is 17 kgCO2/m2/year – the 2050 domestic retrofit target for Greater Manchester.
[10] Cambridge Econometrics and Consumer Futures, 2012