In June 2016, Jonathan Atkinson of Carbon Co-op attended the Electricity North West Stakeholder session in Preston, along with a range of other local government, industry and community energy stakeholders. Here he reports on some of the challenges and opportunities those active in the energy system face. 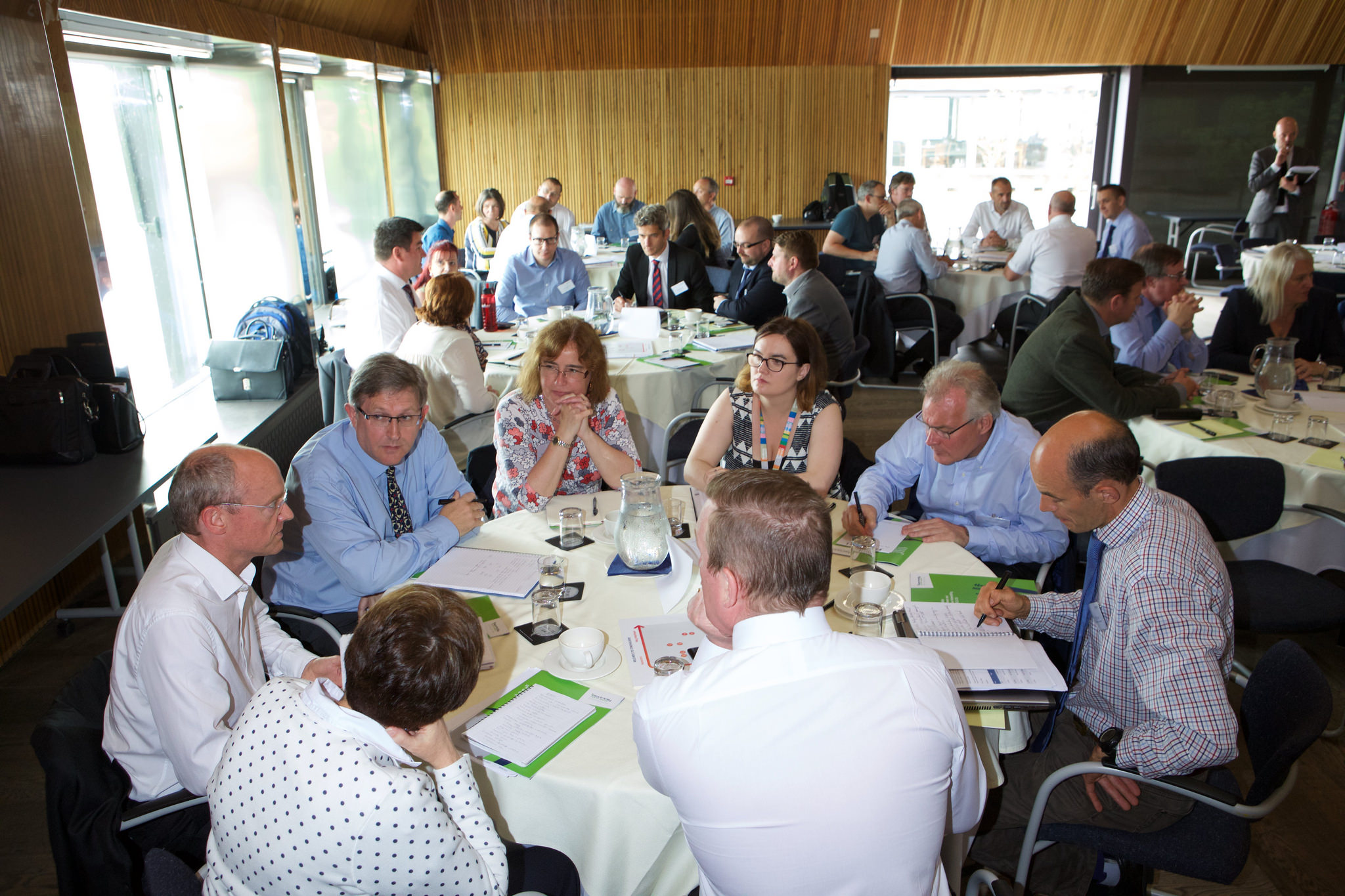 Dunno about the DNO?
For a Distribution Network Operator (DNO) like Electricity North West (ENW) it's an unfortunate fact that most people don't know who they are or what they do – at least not until their lights go out or their local sub-station is vandalised. But ENW play an integral role in our energy system, a system that is on the brink of massive, systemic change likely to not only transform their role and effect how we all use energy.

In simple terms, a Distirubtion Network Operator delivers electricity from the National Grid (think large pylons) to your doorstep or place of work. They own all the energy infrastructure in a city, town or village, including the wiring, cables and sub-stations. 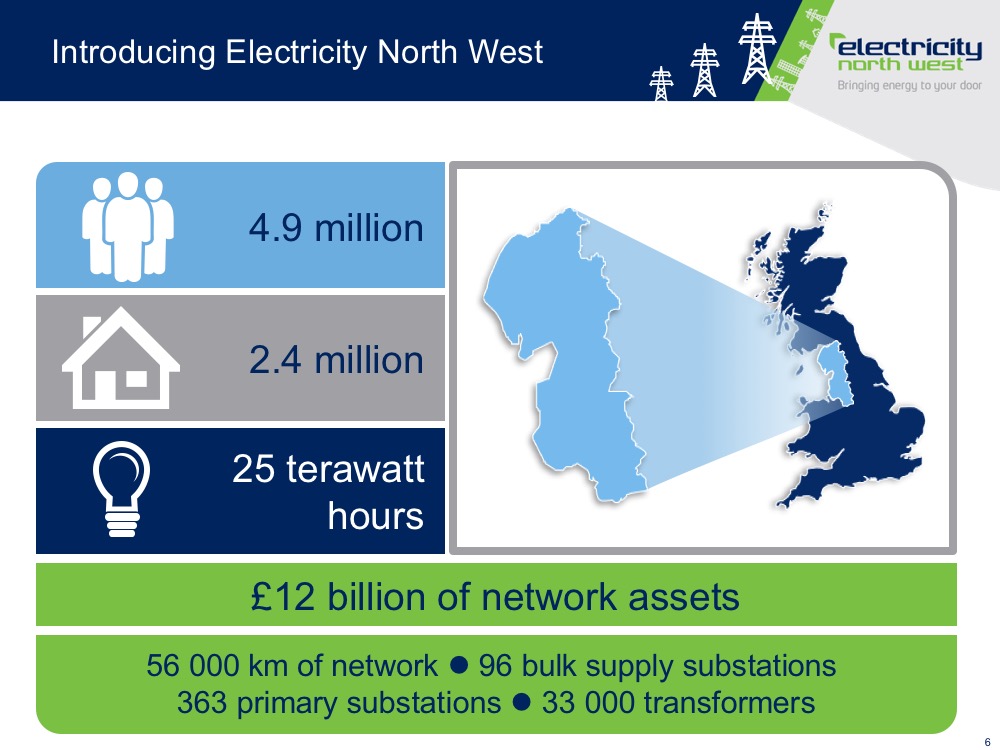 Their job is to ensure the local grid operates safely, efficiently and consistently and that customers get back online when there is a black out. They're also the people you contact if you want to make a new connection to the electricity grid system: anything from a home to a new wind farm.

Living without electricity
A stark illustration of the importance of their role came last December when flooding in Lancaster led to the sub-station servicing the city centre going offline. As a result, 60,000 people suffered a thirty hour black out, not only a losing electricity but also mobile phones, internet, gas and in some cases water. It was ENW staff that brought the system back online and they who will guard against a repeat in future. Learning from the incident, particularly chilling in the wider context of a changing climate and increased flood risk, is documented in a new report from Lancaster University: http://www.lancaster.ac.uk/news/articles/2016/learning-from-lancasters-power-cuts/ 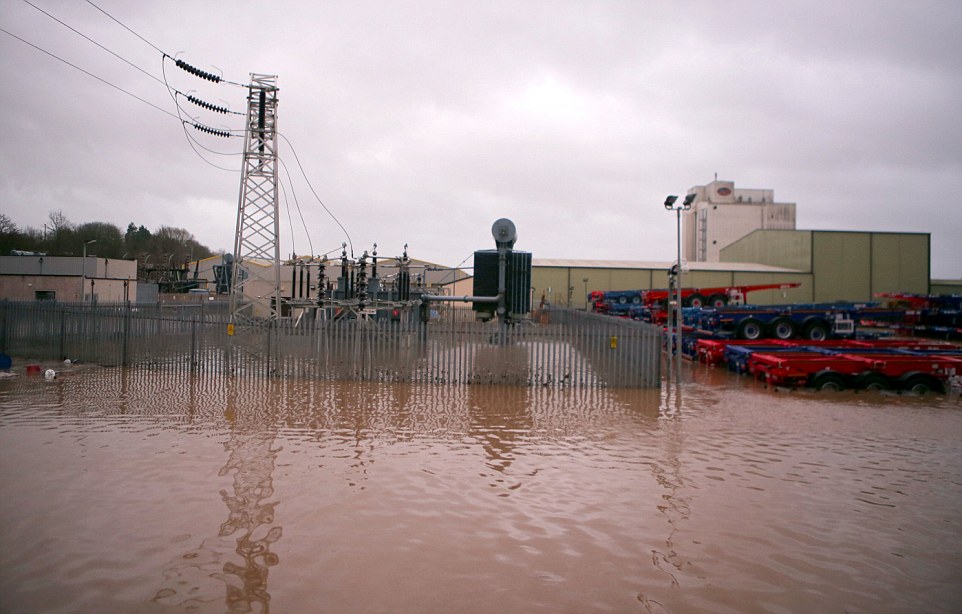 Stakeholder matrix
The stakeholder meeting was an opportunity for ENW to reflect on their current role and consult key partners on how they use energy now and might use it in the near future. As an organisation whose operations effect many others, ENW rank stakeholder issues in the context of their eight year business plan, enabling them to evaluate new operational and investment decisions. 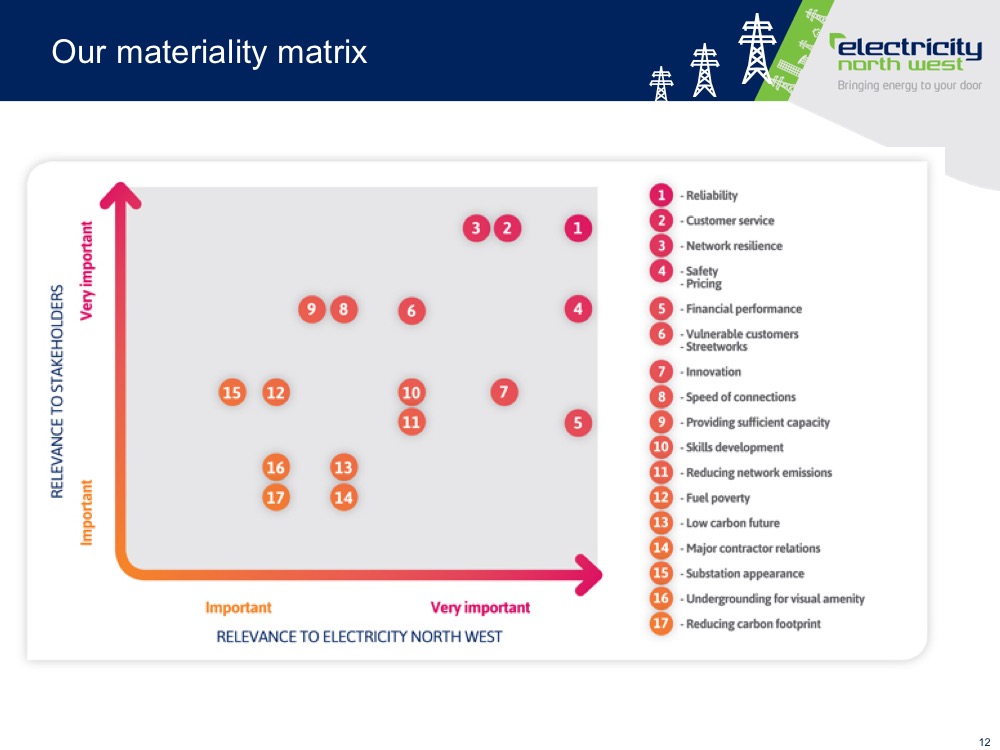 Understandably, maintaining a reliable supply and avoiding blackouts tops their priority list though sadly for Carbon Co-op, low carbon currently ranks low down the scale. The objective of the June event was to work with stakeholders to re-evaluate these priorities and if necessary re-order them in the context of new and evolving challenges. Much of our input was around advocating for low carbon issues to be given a greater weighting.

A changing world
For the past few decades the role of the DNO has been relatively unchanged, shipping electricity from the National Grid to doorsteps and places of work. At the event, Steve Cox, Head of Engineering at ENW outlined how things have begun to change and the so-called energy 'trilema' ENW now face – the need to provide a stable grid, at an affordable price and in a low carbon manner.

The low carbon agenda throws up a number of challenges for ENW. Government carbon budgets mean not only reducing the amount of energy used but also reducing the carbon intensity of the energy used (ie through renewables and low carbon generation) at a much quicker rate. 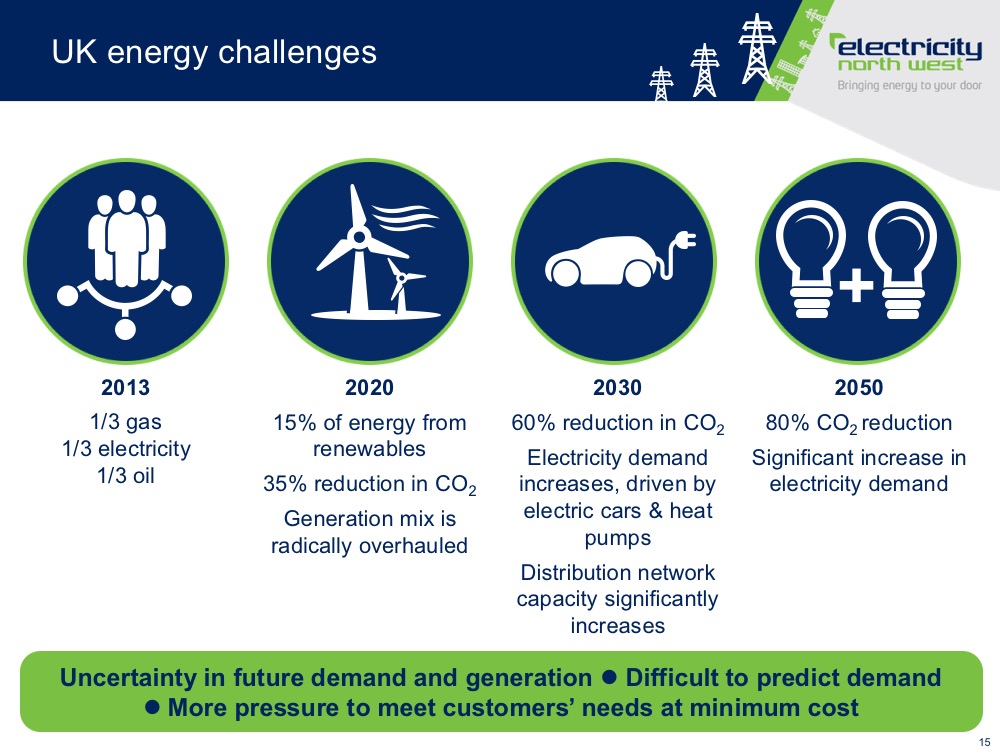 But a future of electric cars and electric heating (such as air source heat pumps), means we may be using less gas and oil but more electricity. To this we can add in renewable generation which is more episodic and less predictable in its output. And renewable generation creates challenges for a DNO having to deal with mass solar panel penetration within the network and a variety of small and medium scale renewable generation associated now with buildings and new developments.

One participant suggested we can expect a future of driverless electric vehicles municipally owned and operated with a large reduction in overall private car ownership.  Perhaps this isn't so unlikely, in Mallorca the island has been rolling out an electric vehicle programme similar to the city bike schemes in the UK where you people can pick up and drive a car from charging points for a few hours to a whole day. The intelligent system even monitors the quality of your driving, penalising poor drivers with additional insurance charges!

Batteries, batteries, batteries!
With battery technology improving and evolving, consumer-ready storage options for householders are moving within reach. In time, some householders with solar panels could even become energy independent in the summer months – storing energy generated in the day and using it at night. This could spell trouble, the upkeep of the grid is funded through gas and electricity bills paid to energy companies (DNOs receive around 16% of bills), if householders become energy independent and no longer pay these bills the burden of upkeep will fall on the rest of the population.

This process has the potential to further exacerbate inequalities within society, with richer people who can afford the technology able to generate and save more money at the expense of poorer members of society.

A potential solution to this is to redistribute resources and technology to the less well off or to establish aggregator co-operatives (a role Carbon Co-op could play) to invest in communal and community resources that benefit everyone.

Role of energy efficiency
In the context of these changes, energy efficiency plays a more and more important role. There's no need to invest in new capacity and new generation if it's simpler and cheaper to use less electricity in the first place! We're already experiencing the benefits of EU and government regulation ensuring improvement in the energy ratings of new consumer appliances.

At the event ENW asked whether DNOs should have a role in facilitating energy efficiency. To date this has been the responsibility of retailers like the Big Six but high profile schemes such as ECO (Energy Company Obligation) have failed and energy efficiency installation rates have plummeted.

Transferring energy efficiency obligations to DNOs would make sense if one recognises that energy efficiency is a national infrastructure priority. However, that change would be require a political decision and one that as yet the Government seems unwilling to make. 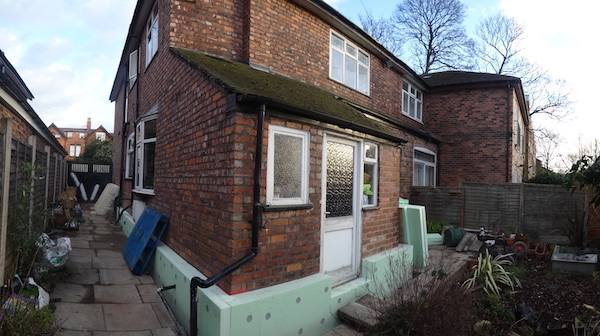 In summary
Overall, the ENW event was enlightening and revealing and demonstrated the huge challenges that lie ahead within the energy system as we transition towards one that delivers a low carbon future for all.

It's clear that DNOs will have to become more flexible and adaptable in how they operate, managing networks with a mixture of old and new technologies – though the example of Lancaster demonstrated that over-reliance on 'smart' technologies could create new and unexpected vulnerabilities.

These transitions risk exacerbating existing inequalities and hard wiring phenomena such as fuel poverty in to the energy system. By acting as an intermediary between groups of householders and grid organisations like ENW, Carbon Co-op has the potential to mitigate this, sharing costs and benefits. As our previous work in energy efficiency and whole house retrofit demonstrates, we also have the ability to act as a conduit for expertise and finance, assisting householders in making the investments necessary for a new, low carbon future.

More recently, our Nobel Grid project is testing the ability for Carbon Co-op through community-owned aggregation to integrate more renewable generation in to the energy system through flexible demand shifting, smoothing the peaks and troughs of increased electricity demand.

Together these offer some potentially interesting opportunities for collaboration between DNOs and community energy organisations in the future to meet future energy system challenges.