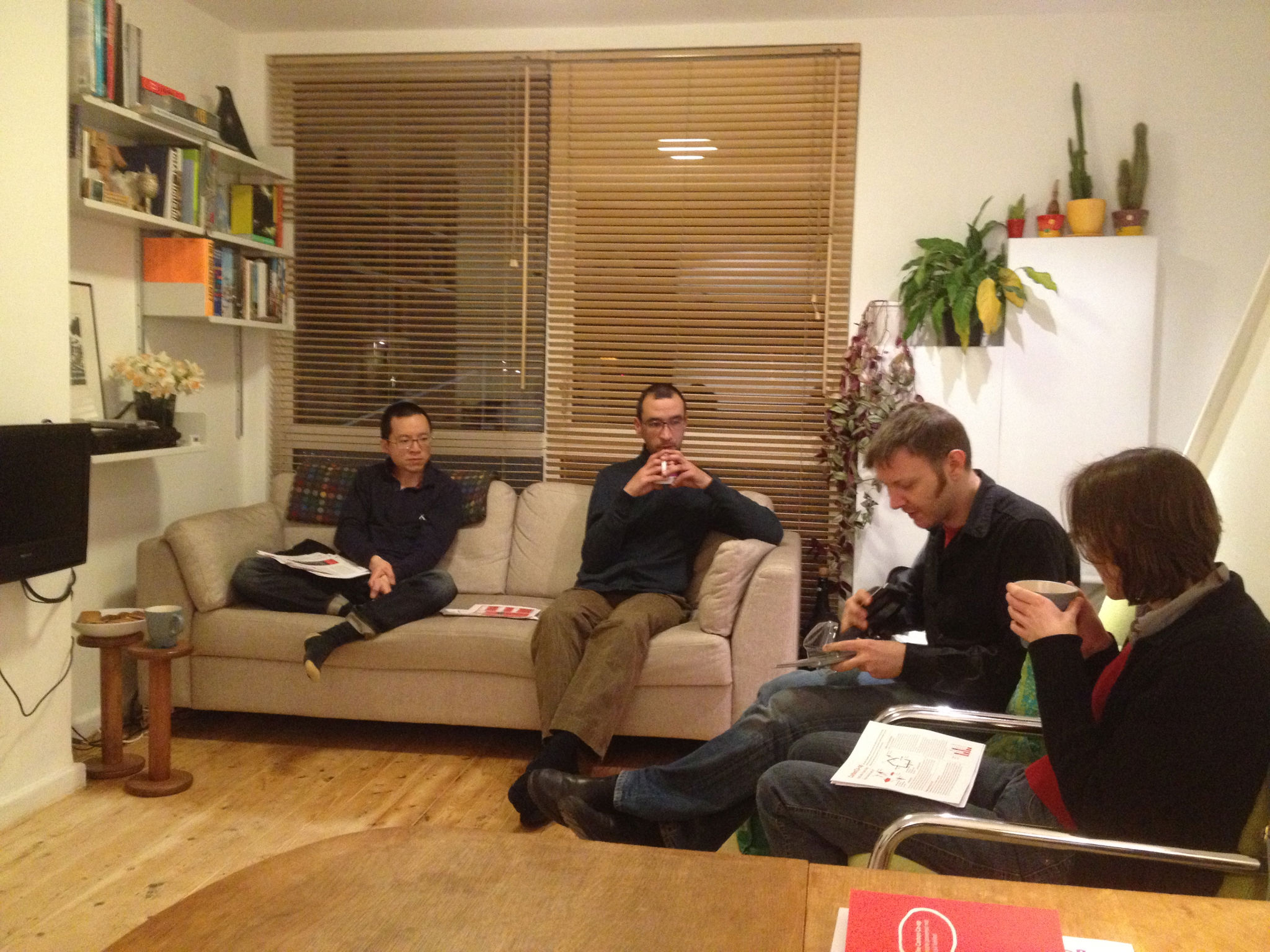 Lorenza and Paul (Co-op board members) held a 'community champions' meeting for their street inside their living room last evening. The workshop was led by Matt who brought along his box of eco-products, samples, information packs and open source energy monitoring equipment. Four different households on the street attended the meeting.

Paul:
"The evening began over cups of tea and biscuits by us sharing some information about the way we currently use our homes, our energy bills and the improvements some of us have already begun as well as the issues we have encountered along the way. Given that on our street there are 13 identical '60s townhouses, a list of common challenges and opportunities began to become clear and what we might want to do about them as a group of neighbours.

One house on the street had already had an early house assessment produced by the carbon coop, therefore we had a series of recommendations that we could consider as appropriate for all our homes.

In conversation it became clear that a lot of our roof coverings are very close to needing replacement and that if we did more than one roof at a time it could save costs on scaffolding and maybe material and fitting costs. Furthermore a sedum (green/living) roof might be an option for us to explore and could even be a cheaper option as Matt recently found for his own co-owned building in Hulme.

Other components that could be thought about in bulk to help with costs were high-efficiency replacement timber windows and doors as all the structural openings in our homes are the same, however finance was still an issue."

Paul and Lorenza's neighbours are now considering joining the carbon-coop as members to help enable some of these improvements to become reality. Watch this space…