Jonathan Atkinson, Project Manager at Carbon Co-op was asked to present at GM Mayor, Andy Burnham’s Green Summit in March 2018 and used the opportunity to highlight the need for a just transition.

Carbon Co-op have been involved in the summit as part of the planning group and have also hosted and contributed to a series of ‘listening events’ in the lead up to the event including ones on domestic retrofit, energy system innovation, community energy and energy democracy. 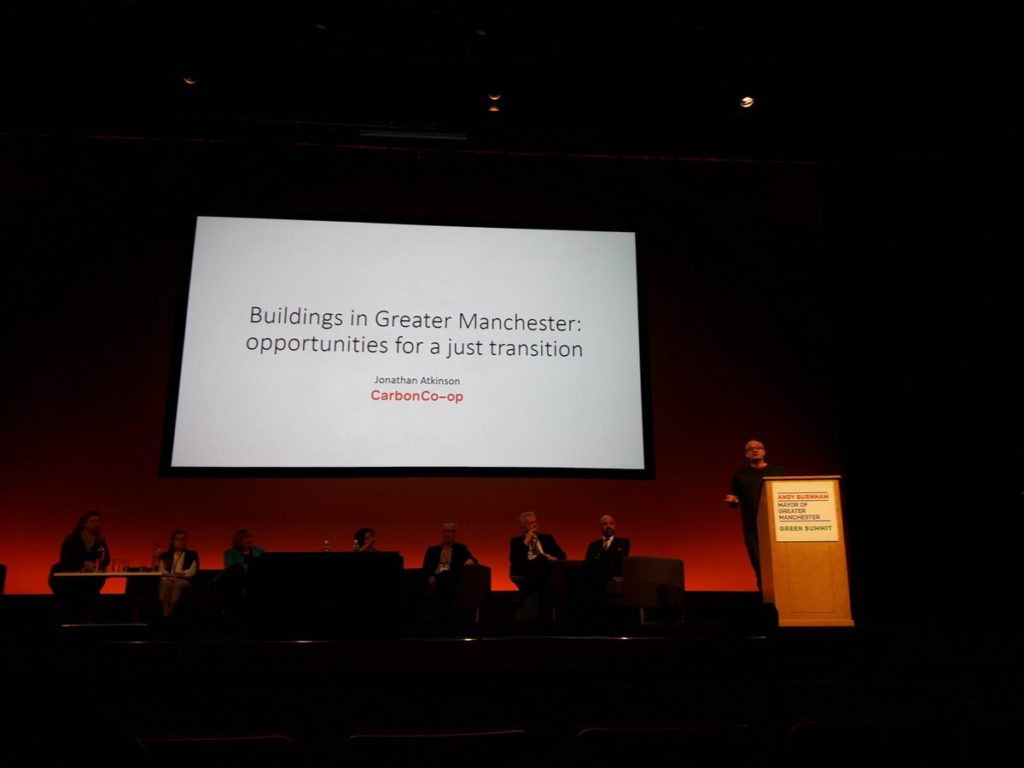 Carbon Co-op also ran a stall at the event and staff and members were active in listening sessions throughout the way. 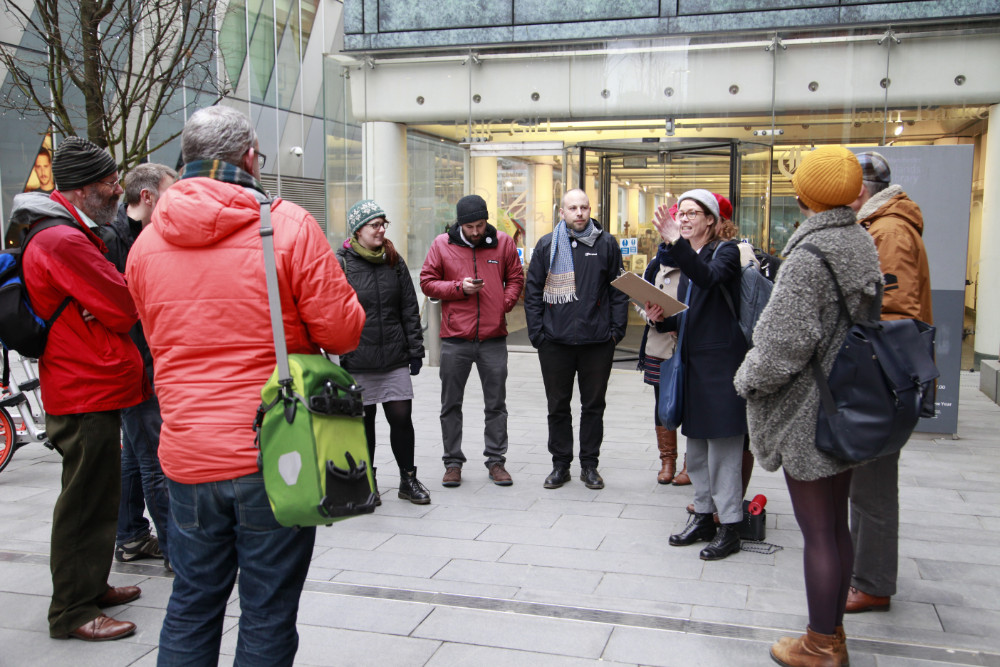 The event was followed by “It Was Ours Anyway” a guided walk through Manchester’s past, present and future municipal energy system and the launch of our Energy Futures prospectus. 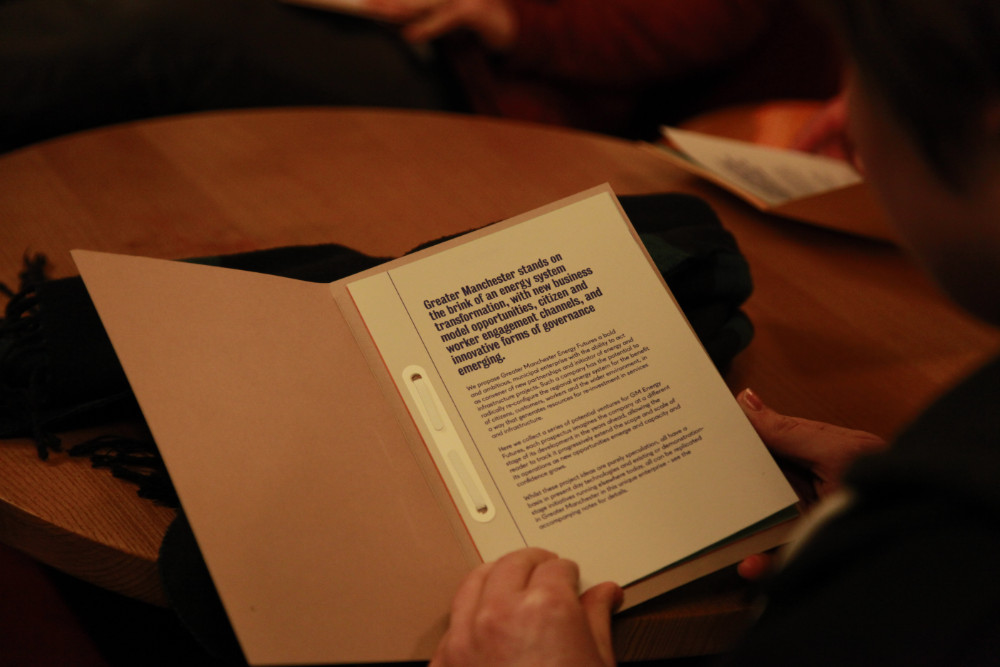