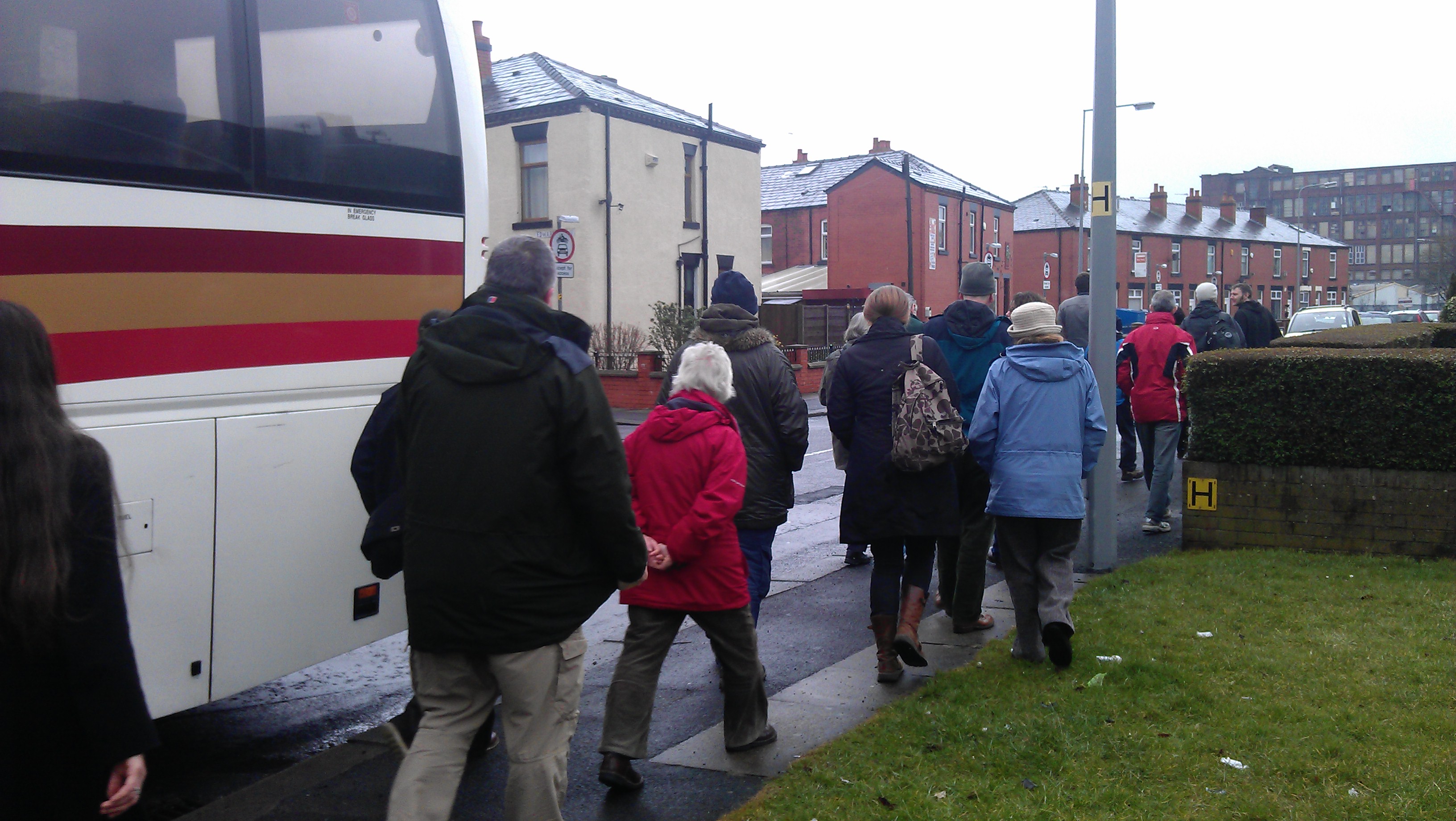 Many thanks to everyone who came along on the Carbon Co-op Eco House bus tour on Saturday 16th March 2013 and of course to all the householders who opened up their homes.

In the end the Big Red Bus went to the 'Big Red Bus Depo in the Sky'* so a Bullock's bus transported us around three 'Superhomes' on our Greater Manchester tour.

The St Vincent's housing association Cosy Home in Farnworth, Bolton took an interesting approach, insulating and mechanically ventilating each room in this red brick terrace with heating from an air source heat pump and an efficient new gas boiler. Many participants were interested in the V-phase unit which optimises the home's voltage keeping it at a steady 220V saving money and energy. Showing us around, Patrick McKendry outlined how the housing association had tackled the project, seeking to deliver a house with low energy bills and low maintenance costs. 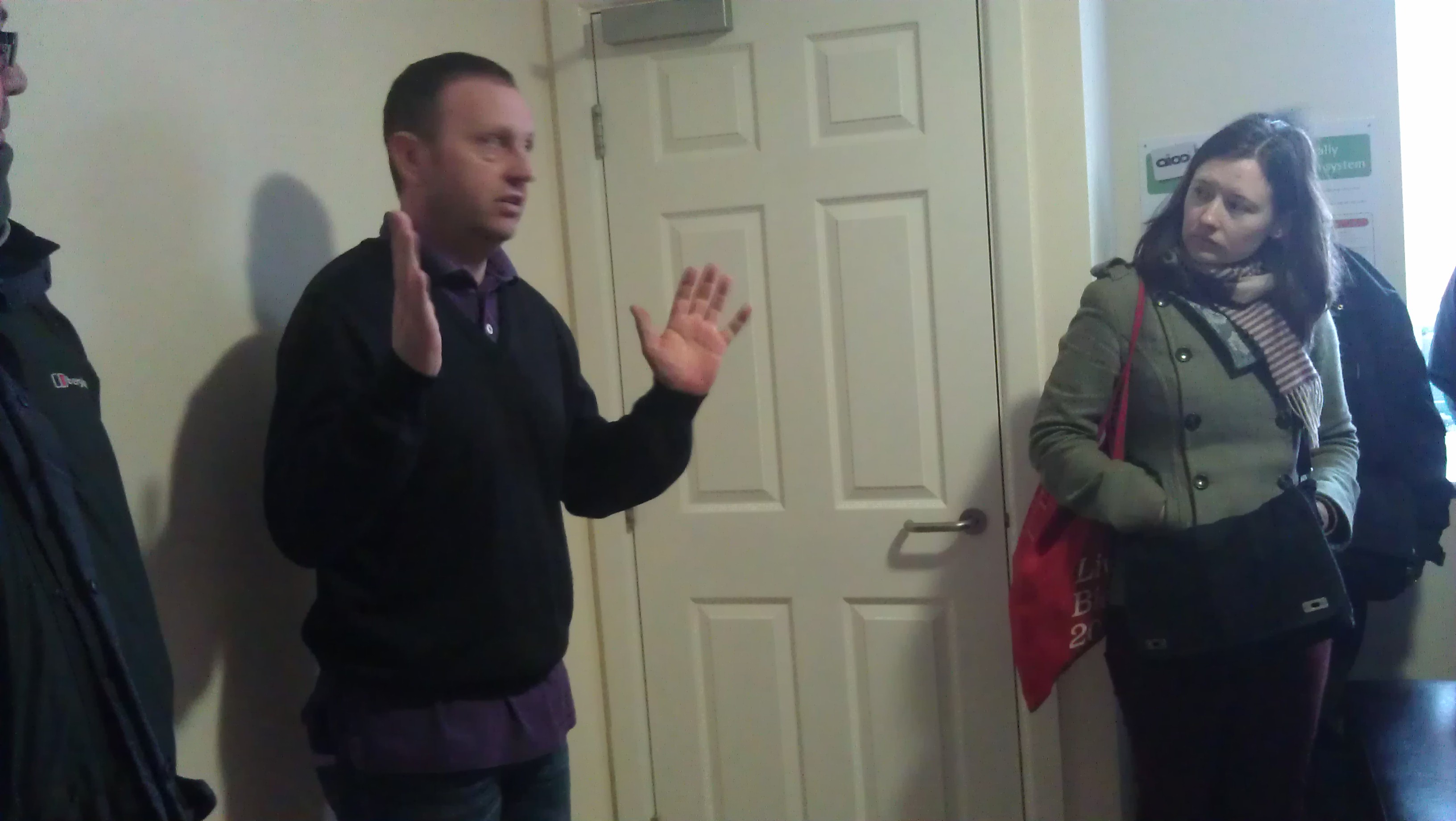 Next stop on the tour was Eric Fewster's home in Salford, another red-brick terrace Eric demonstrated how a radically different approach could be taken on the same housing archetype as the Cosy Home. Eric had carried out extensive flooring work to reduce heating loss and had some interesting research data on the effect of insulating between flooring joists on mositure levels. Eric had spent a lot of time on creating an inviting, stylish interior with a wood burning stove creating a nice, low carbon focus to the room. 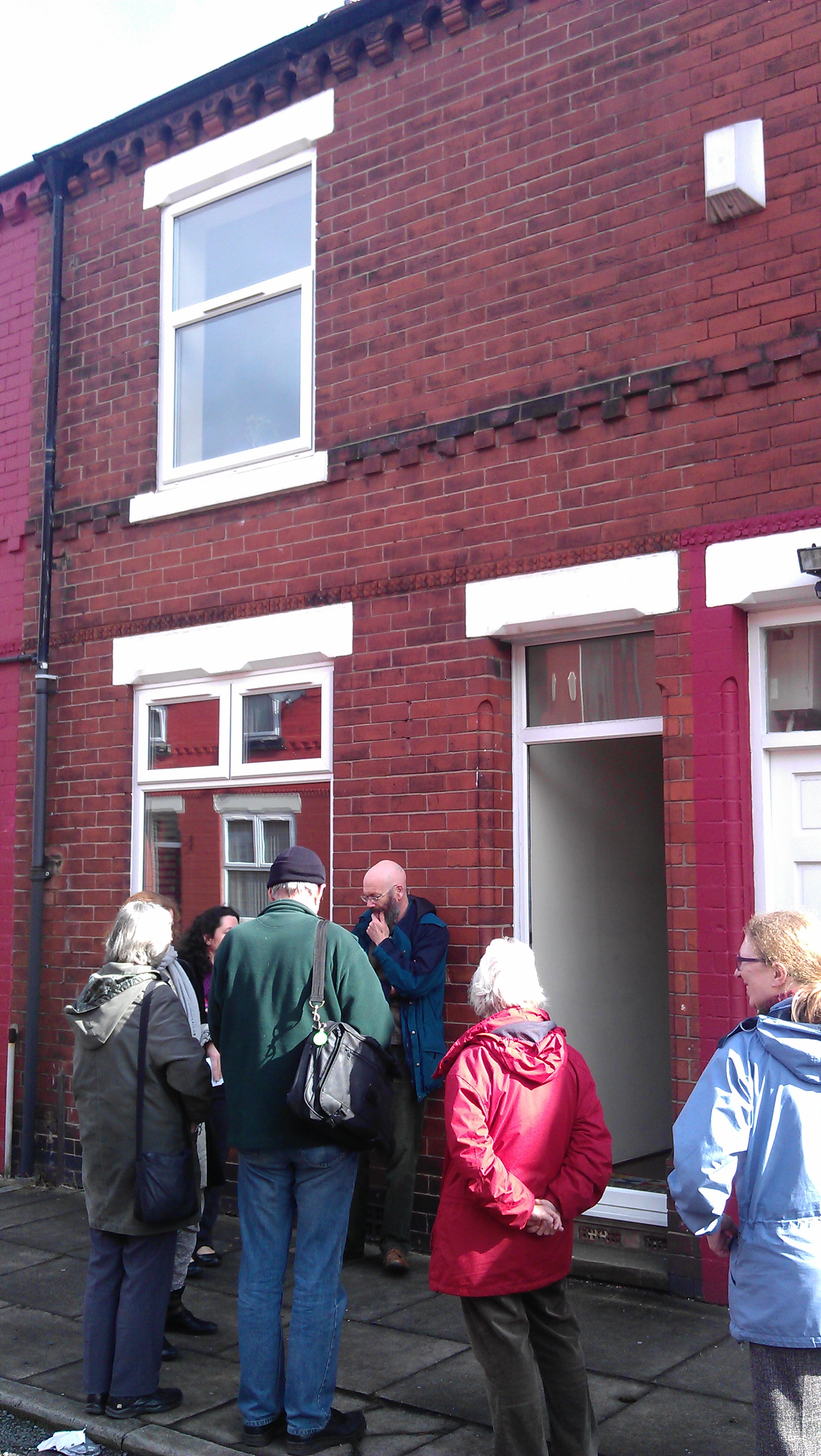 We ended the day at Charlie and Sarah's Superhome in Chorlton, having spent many years on their low carbon refurbishment the house is now recieving the finishing touches. We enjoyed a healthy lunch thanks to daughter Rachel Baker and then a couple of tours from top to bottom. Their home also features so taseful external wall insulation demonstrating that such a technology doesn't need to be the modern equivalent of pebble dash or cladding. 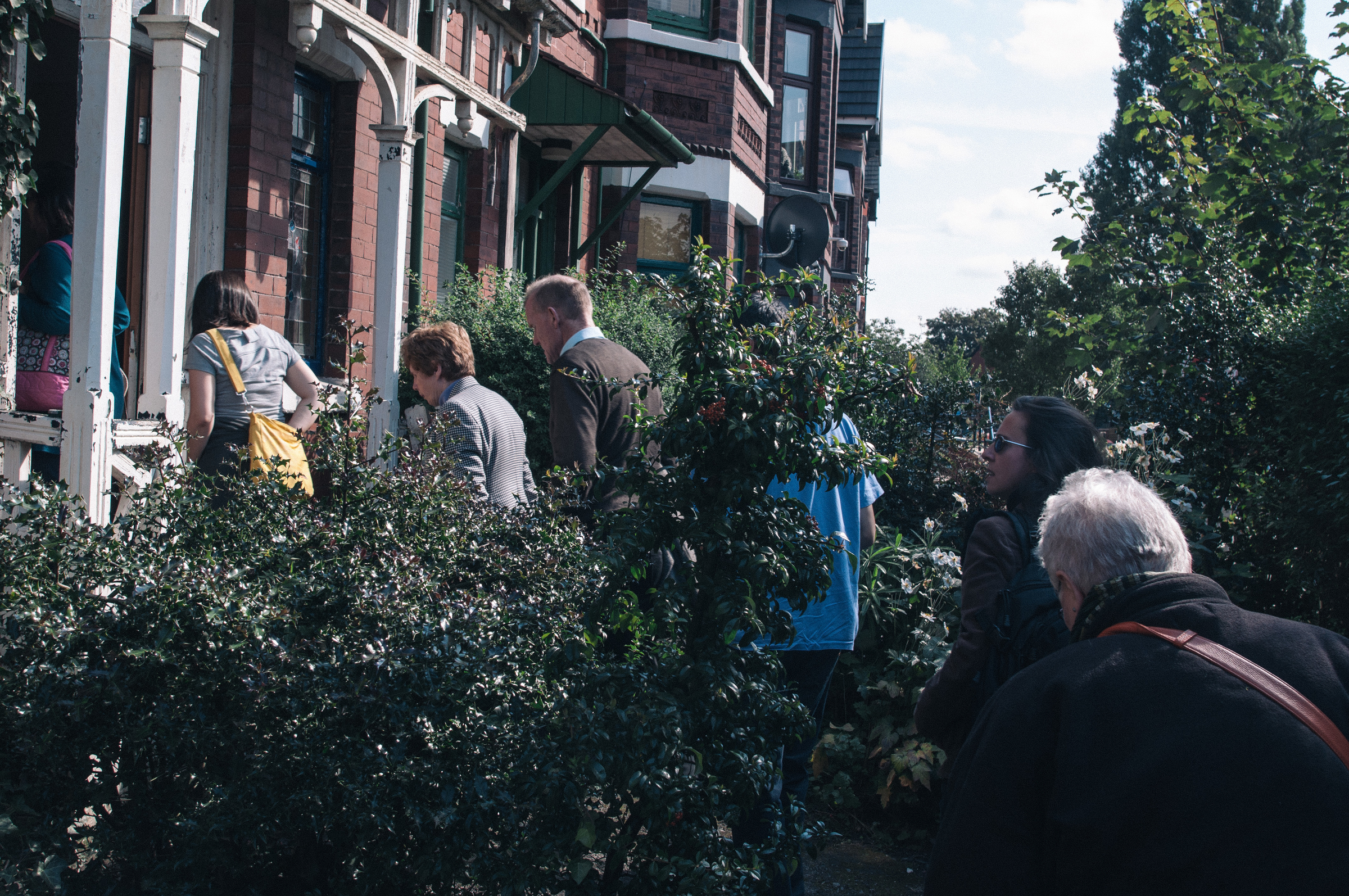 Look out for the next tour at the end of summer 2013 which we're hoping will feature some of the houses in our Community Green Deal programme.

* Actually it's in the garage so you never know, it may ride again!