Matt reports back from the EcoHome Lab field trip.

We first met Mike Wilson in 2016 at an EcoHome Lab meetup session 'From Monitoring to Control' exploring the recent integration of the building blocks of home automation (MQTT, NodeRED and OpenHAB) into the EmonPi, the central base-station for the OpenEnergyMonitor system (view session presentation). In a remarkable impromptu slideshow after the presentation, Mike demonstrated his full home automation system – including solar generation, heat pumps, a Raspberry Pi controlled home brewery and plans for a fully automated greenhouse pumping excess summer heat under the soil to create more constant temperatures and lengthen the growing season. 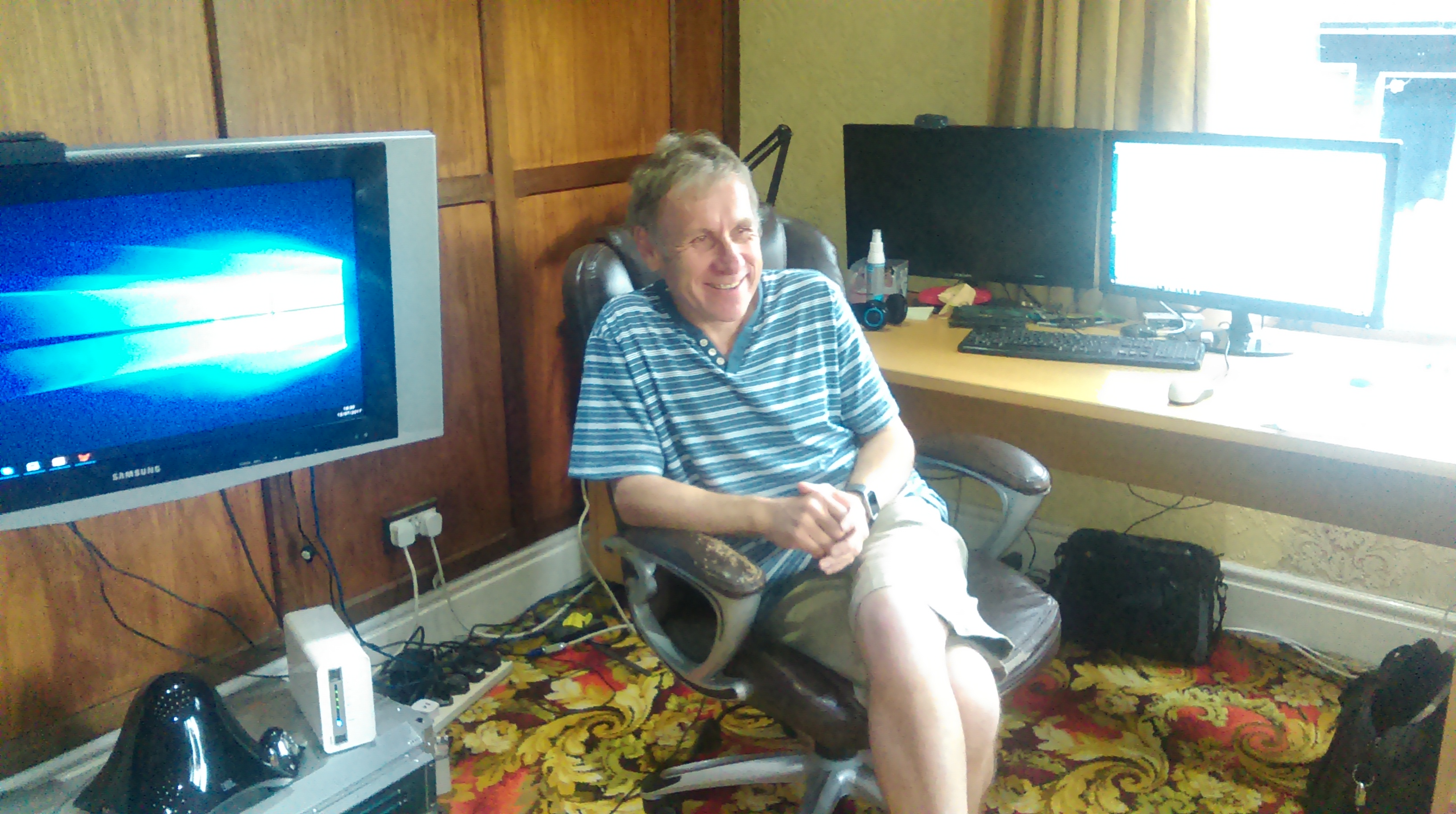 One year later, we setoff on an EcoHome Lab 'Field Trip' to the peak district to check it out, if you'd like to take a look yourself, the house is also a B&B so do get in touch and stay over.

The site features 13 Raspberry Pi units controlling various aspects of the home system, from heating and lighting to home entertainment all controlled via a web interface. Communication is between elements in the system is via MQTT, automation is via NodeRED and the data is stored in CoachDB a lightweight, flatfile based database.

The Energy and Heating System

The heating features both air-source and ground source heatpumps, a large thermal store (including a PV diverter) and a central woodburning stove with backboiler. Below is a diagram of the heating, power and monitoring systems fit together. We're hoping with Mike's involvement in our Nobel Grid project to replace the current clamps and the camera OCR for something simpler.

One interesting element of the automated lighting system is the use of model railway voltage controllers (designed to smoothly control the train speed) to dim the LED spots, this solution works very well and is cheaper than controllers marketed for that purpose. 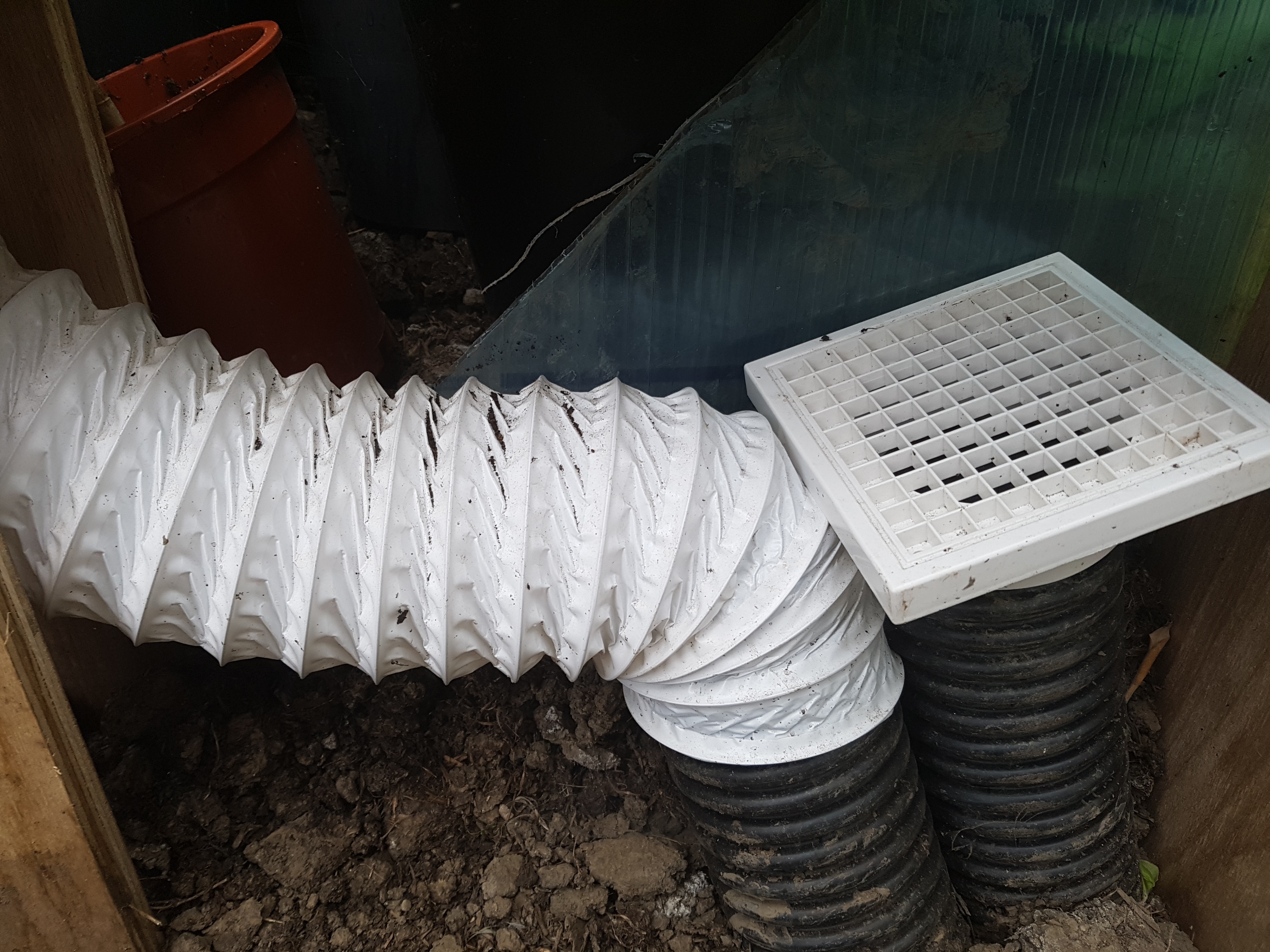 The Greenhouse features a large number of onewire temperature sensors both around the greenhouse itself and in the ground beneath it, these are used to trigger a bathroom fan which pushes hot air from the top of the greenhouse down through a series of ducts into the ground in the summer which in the winter acts in reverse to extract heat from the ground to heat the greenhouse. This helps to maintain a more even temperature for longer and prolong the growing season.

The Greenhouse has number of drainage conduits in a bed of gravel via which hot air from the top of the glasshouse is pumped, this not only helps to cool the air it also creates a thermal store in the gravel to reduce dangers of night frosts. Mike hopes to lengthen the growing season by at least a month using this method.

As Mike's latest project is the Greenhouse, that's the area he used as a demonstrator for his current hardware and software setup. 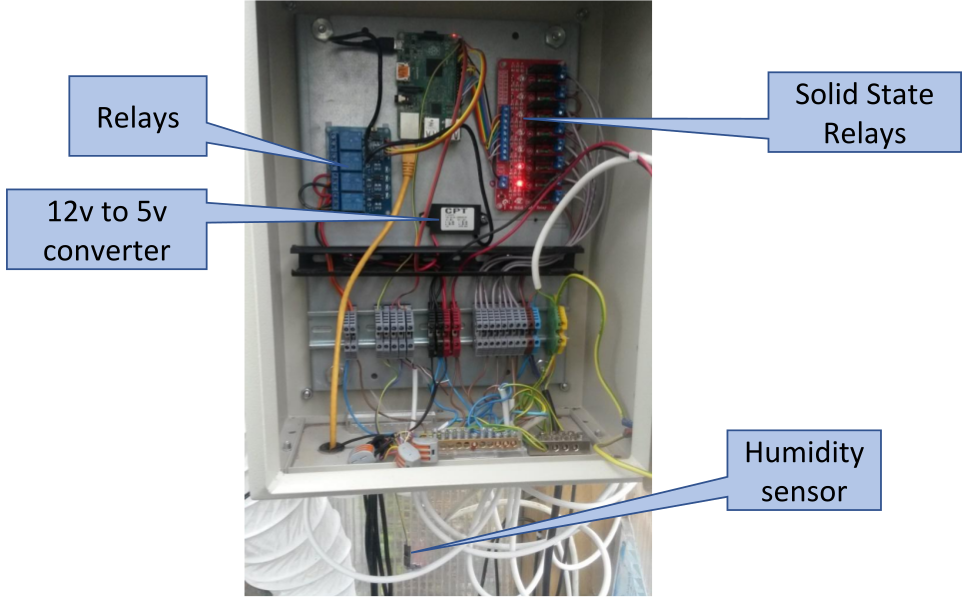 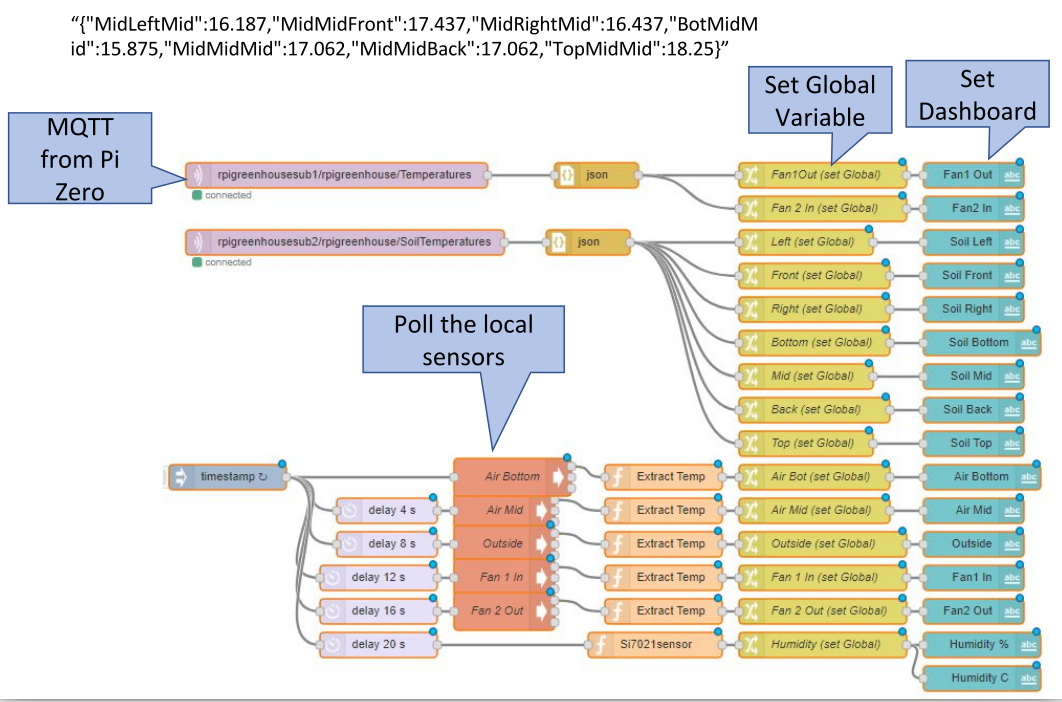 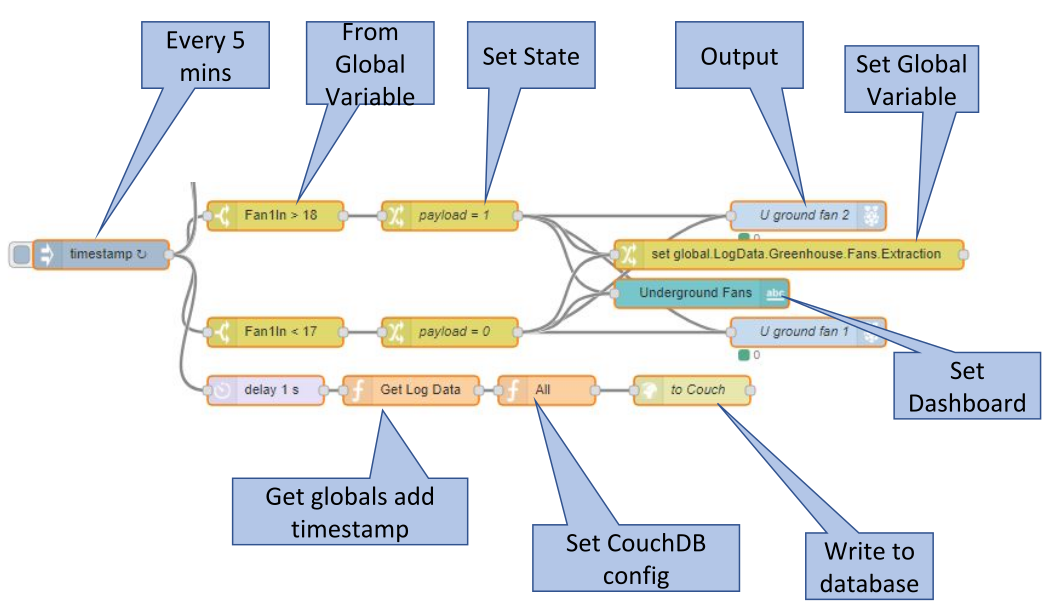 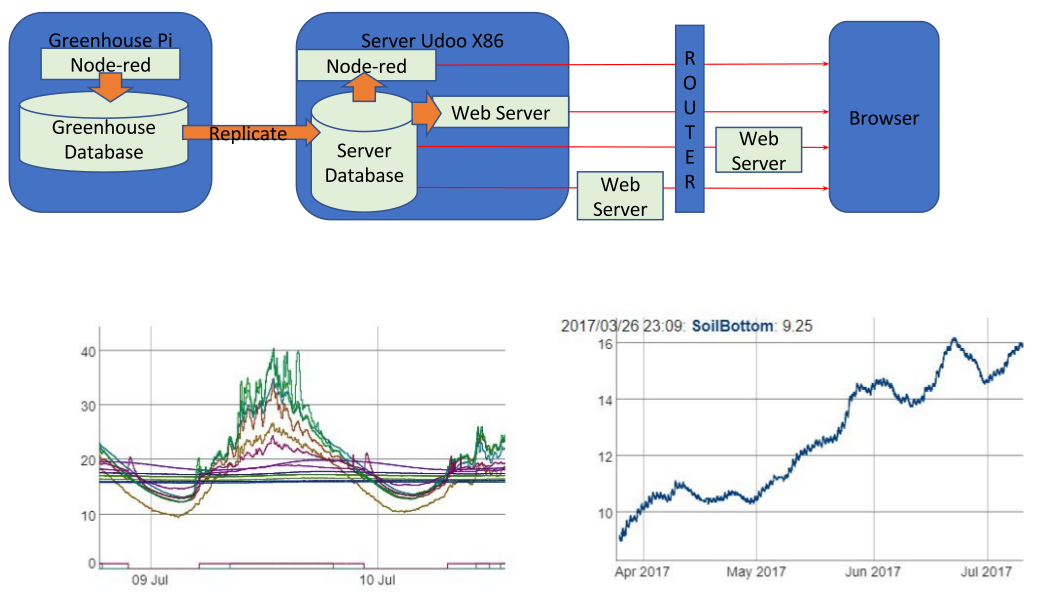 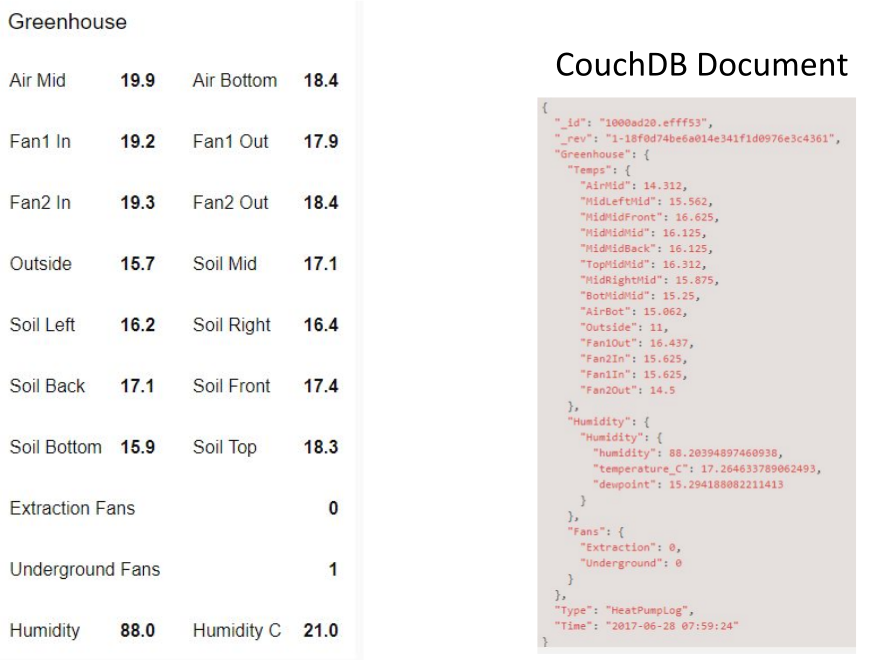 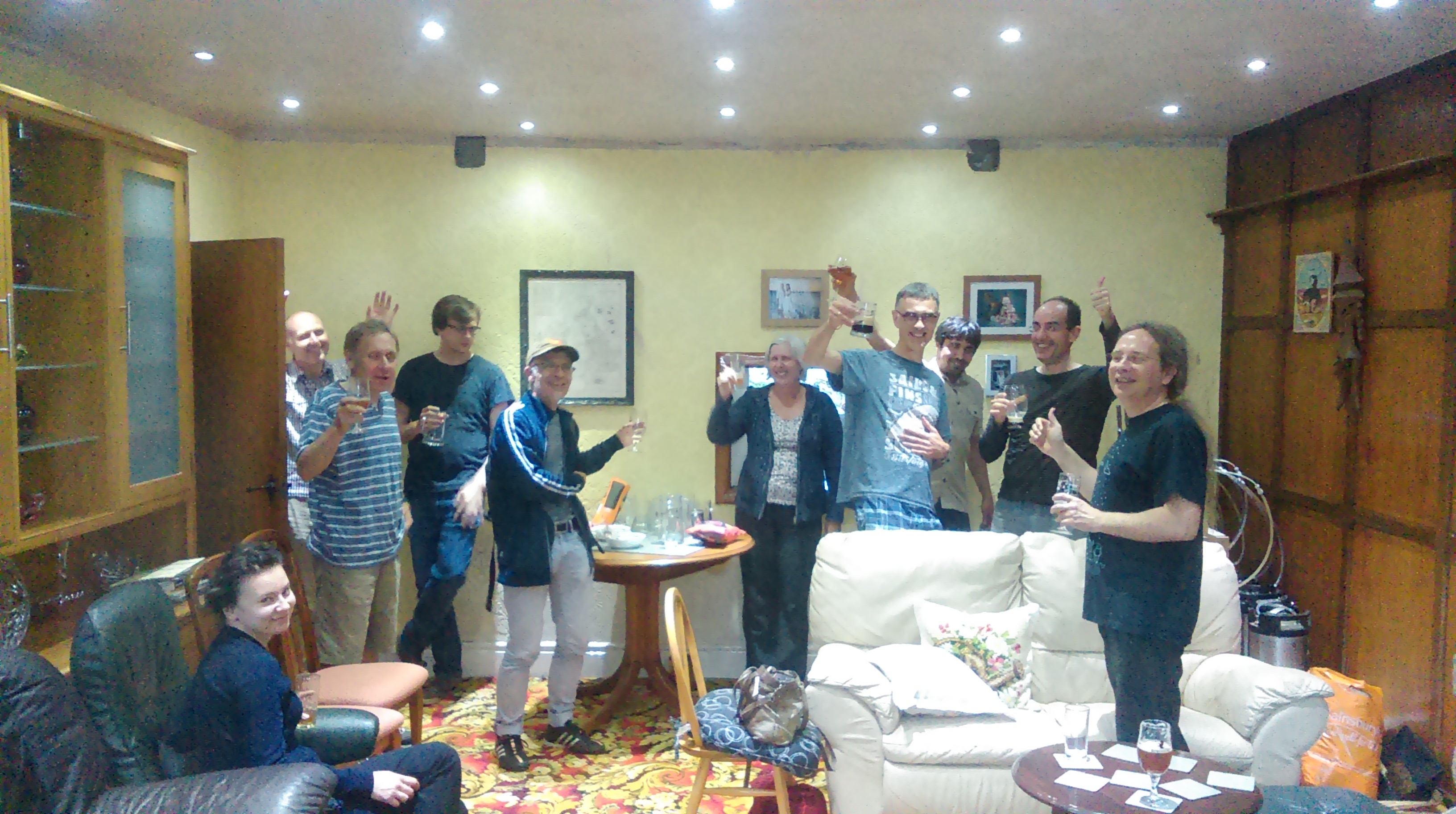 After the exhausting tour, we refreshed ourselves with one of eight delicious craft beers on tap – brewed of course with the help of a Raspberry Pi! Thanks for your hospitality Mike, can we come back next year and check on progress?