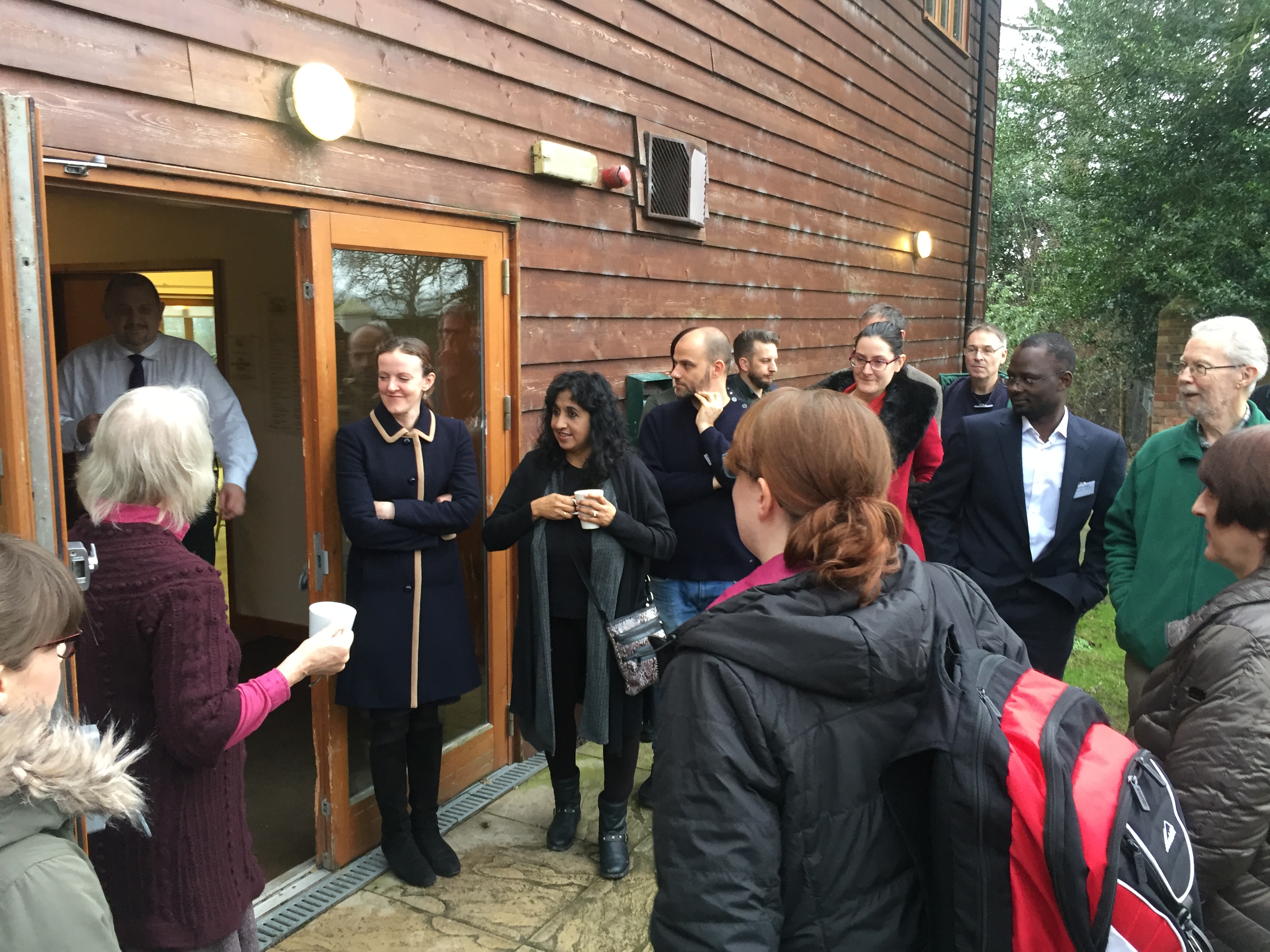 Winter, and especially the months after Christmas feel like a good time to look back on the past year's progress and to look ahead. This year, Carbon Co-op Project Manager, Jonathan Atkinson, has taken part in a couple of events; the 'Community Energy Think Tank' organised by Housing Plus Academy at Trafford Hall and Future Co-op's 'Post Carbon Co-ops' event in Cheltenham. Here he reports back on his reflections 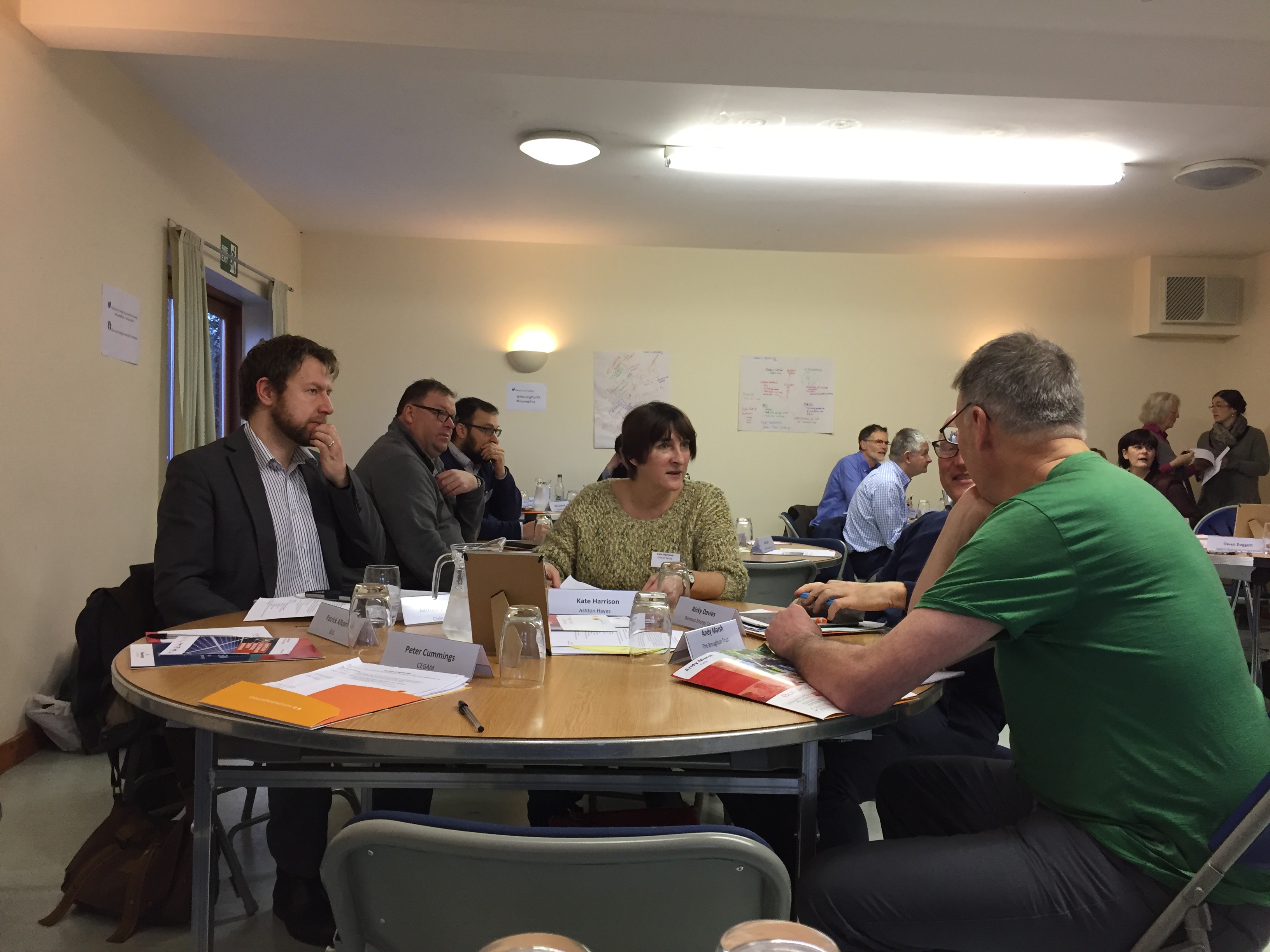 It was a fantastic couple of days with lots of opportunities to swap anecdotes, experiences and stories. I particularly enjoyed the space between sessions that offers time to hear people's open and honest experiences of the sector. All too often there is a pressure to present an entirely positive perspective on community energy but the reality is that we face many difficulties and barriers and sometimes fail – but in doing so we (hopefully) learn and improve. A case in point is the hype and excitement surrounding local supply and smart meters. The potential for community energy groups to sell the energy they generate to local people is huge, but the reality is that trials such as Sunshine Tariff in Cornwall or our own work in Lancaster are at the early stage, with new and sometimes unreliable technology and unclear future business models.

This is also the case with renewable heat networks, though promoted enthusiastically by government as a something of a low carbon panacea, many installs have faced technical barriers and challenges whilst others are outright unsuitable: the wrong technology in the wrong place and this conference offered an opportunity to reflect both on successes and failures. 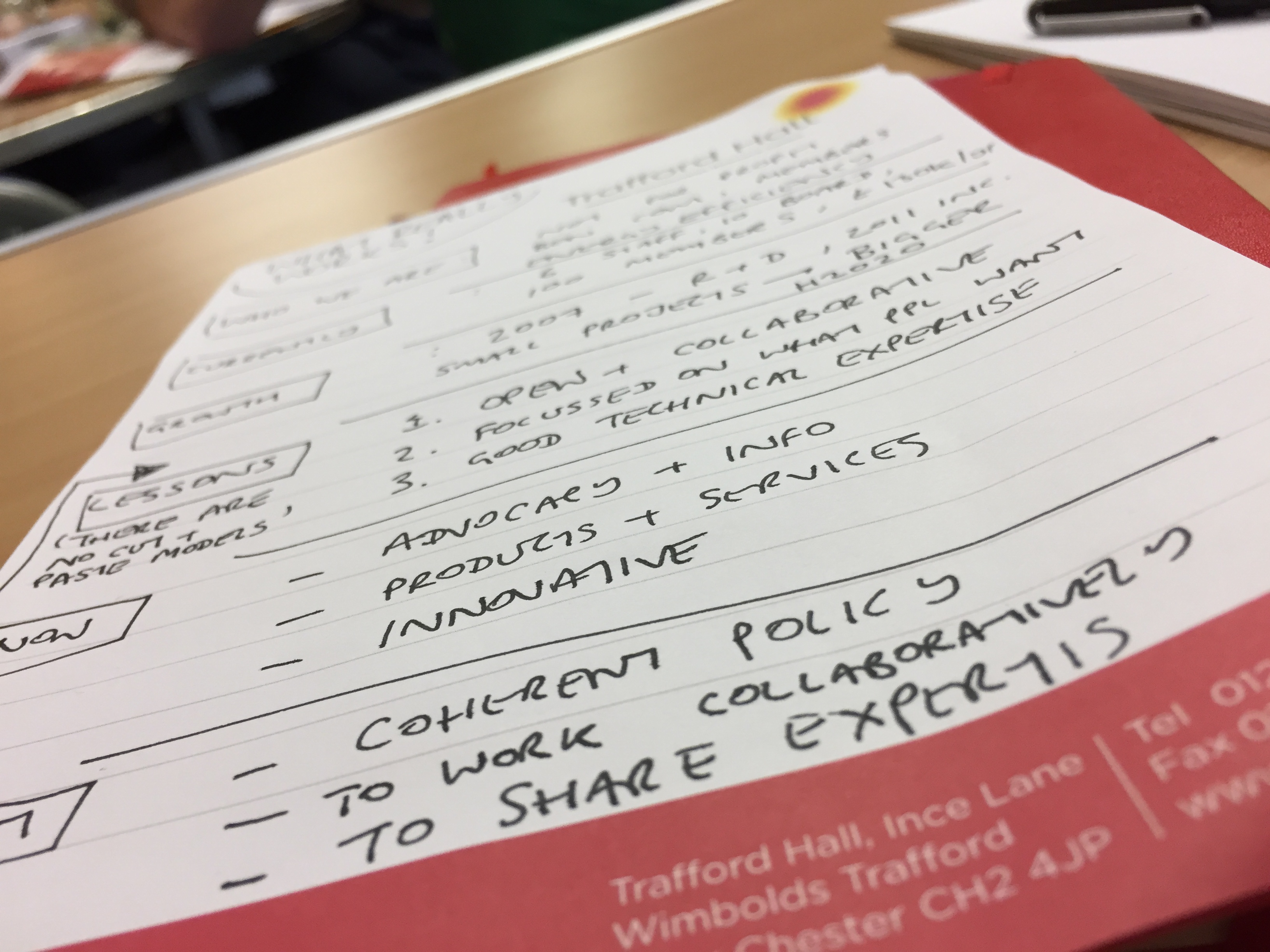 I was there to discuss Carbon Co-op's work on energy efficiency. The response from the audience is probably best summarised as: lots of enthusiasm, lots of head scratching as to how to make it a reality. Many of the groups present, including Whalley Hydro and Chester Community Renewables, have successful generation schemes, have an interest in doing more energy efficiency work but lack the knowledge and the skills to know exactly what to do.

A lot of groups ask us what the pay back time is on energy efficiency measures. I usually respond by asking the questioner how much they spent on their last kitchen/extension/bathroom/loft conversion and how quickly it 'paid back'. For us energy efficiency is an investment in the fabric of peoples' homes, in quality of life, in the environment AND you save money on your energy bills as well.

A continuing disappointment is the lack of any new energy efficiency policy from government. Whilst supportive of the agenda, Patrick Alcorn from BEIS' Local Energy team simply said that energy efficiency policy “is a matter for the Minister”. There seems to be an assumption in government that demand reduction is for the very poorest in society, when we know from research that many in fuel poverty actually need to use MORE energy. For us, energy efficiency is an energy system infrastructure priority – we need to reduce the energy usage of those better off people using most power if our system is to remain low carbon, operational and secure. 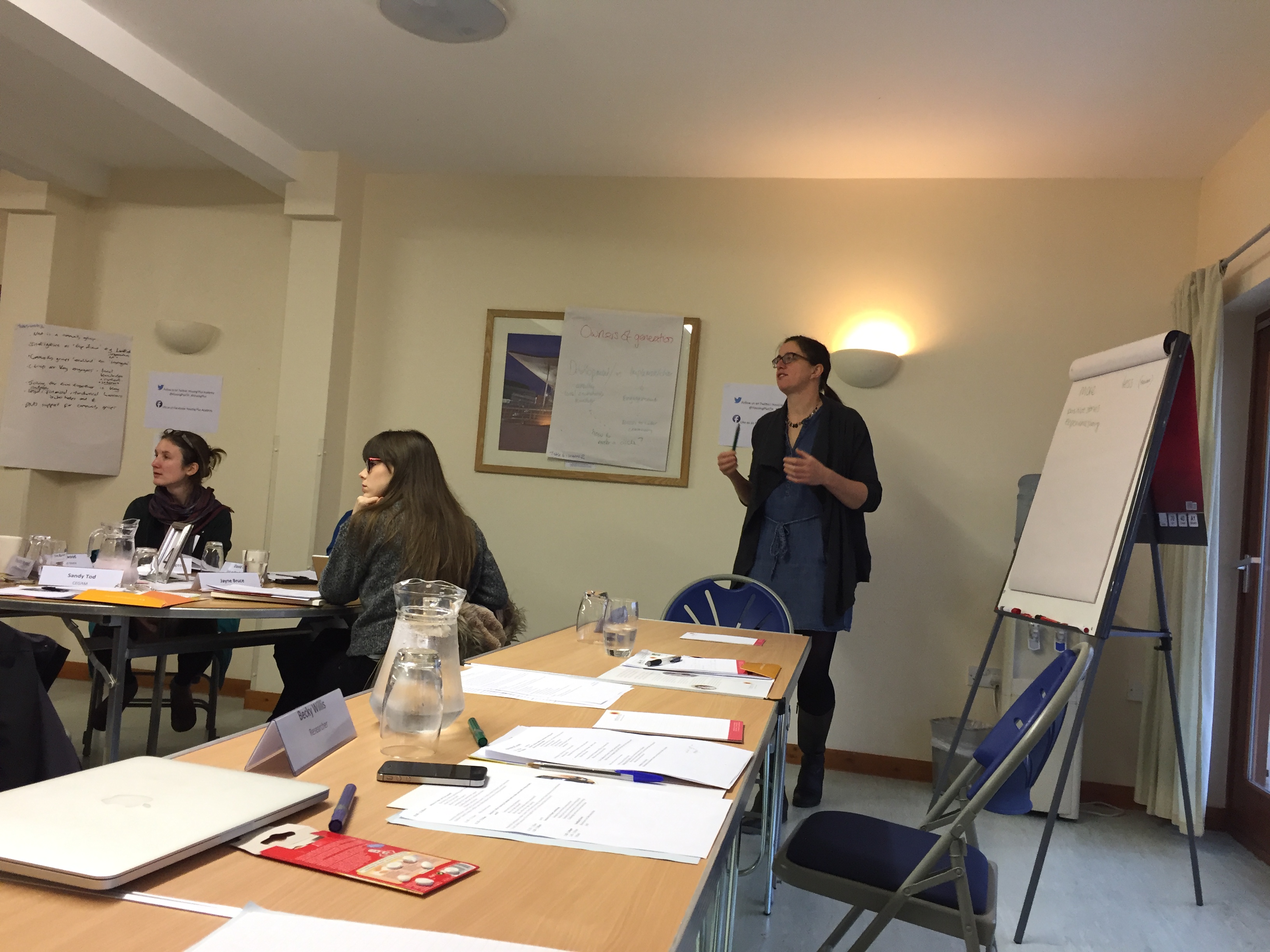 There's a link to the Housing Plus Academy report from the event here.

The Future Co-ops conference has been taking place every year for the past decade and I'm ashamed to say this was my first visit. It brings together 40-50 co-operative practitioners from around the UK. There is a very 'activist' feel to the event with lots of people who either are or have been involved in grassroots politics over the years. There's a fair number of consultants and co-operative support sector workers but also many on the radical end of the co-operative movement and a few of the larger retail societies. 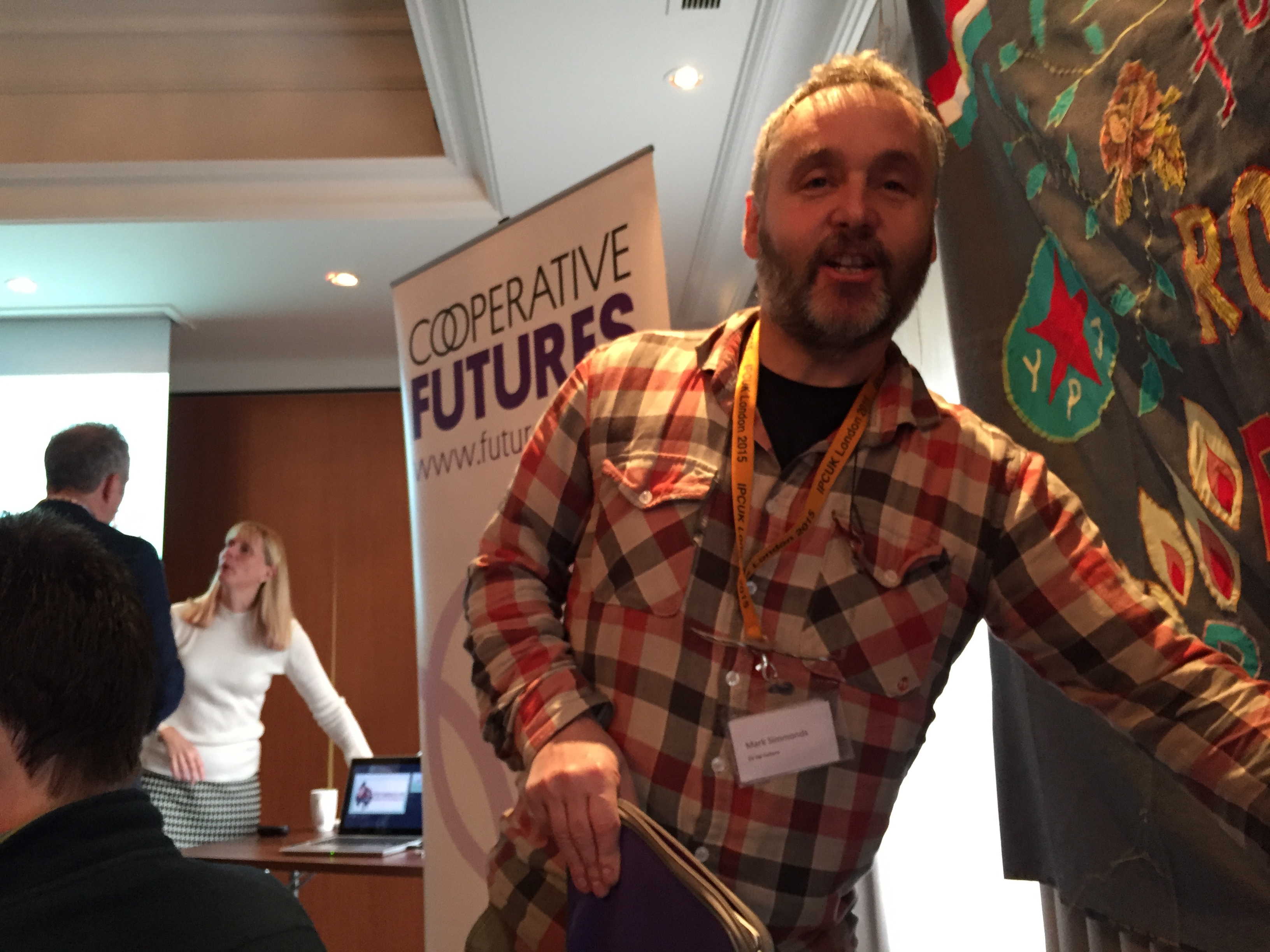 The theme for the event was 'Post Carbon Co-operatives' and the tone was set by the two keynote speakers, Mark Simmonds of Co-op Culture and Rob Hopkins of the Transition Town movement. Mark in particular outlined some of the very real challenges facing society as 'energy return on investment' continues to fall. It once cost one barrel's worth of oil energy to extract 100 barrels of oil, that figure is now something like 30 barrels of oil to extract 100 barrels and the trend is downwards towards more 'unconventional' hydrocarbon extraction such as shale gas and oil. Mark linked this trend to economic crisis, increasing debt in the economy and even the rise of popularism.

The point of Mark's presentation was that we cannot simply replcae hydrocarbons for renewables and solve the problem, because the return on energy investment from building a solar panel or a wind turbine is relatively low. As a society he concluded we need to prepare for a world with less 'spare energy' to invest. What this probably means in reality is less conspicuous consumption, a more efficient use of energy and more localised communities. 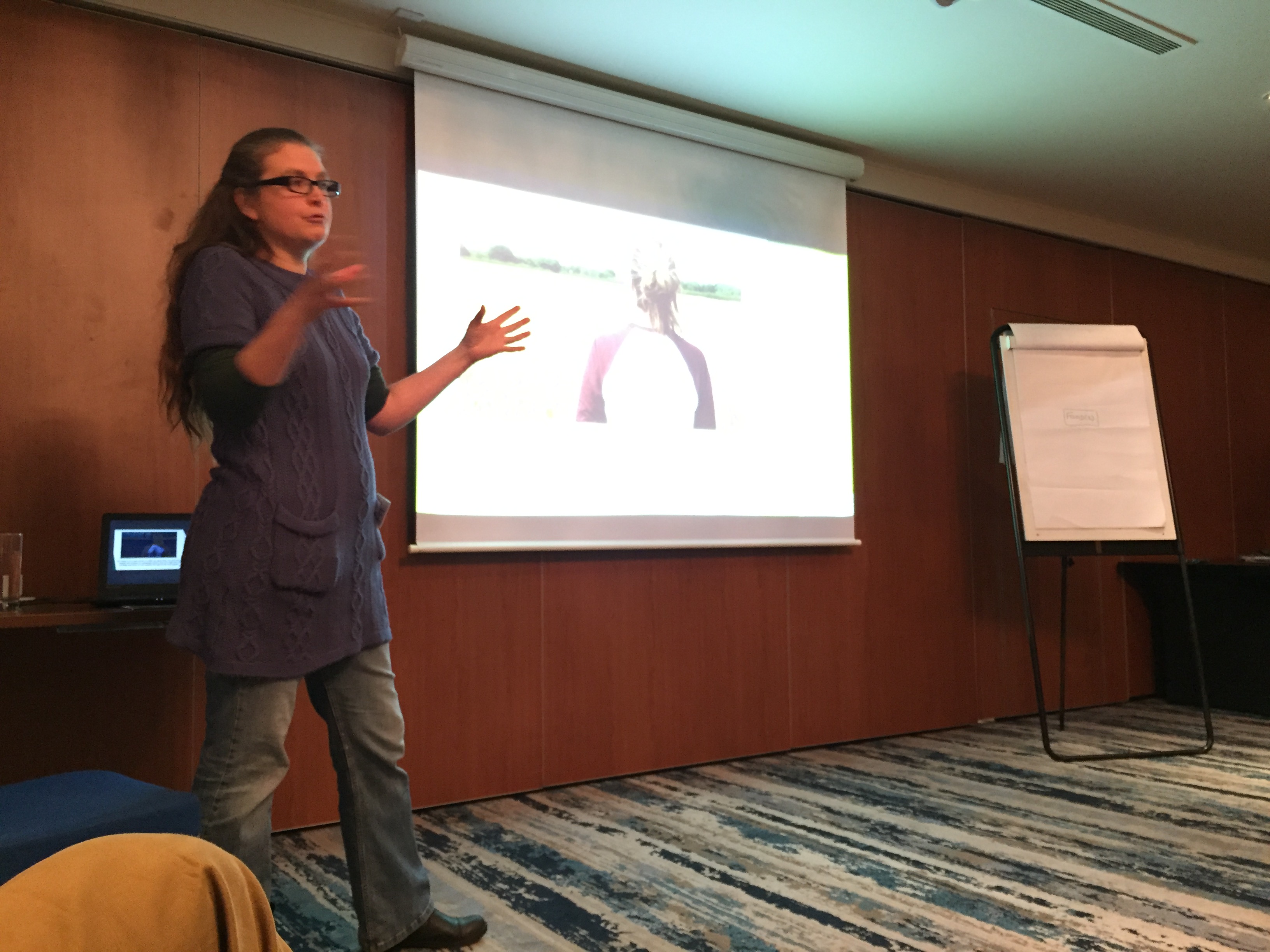 There followed presentations from co-operative practitioners, from Helen from Kindling Trust on food, from Stephen Hill of the CLT network on housing, from Dhara of the Sail Boat Co-operative on transport and from me on energy. These sessions aimed to examine the threats, opportunities and 'unkowns' of a post-carbon society and certainly the workshops I was in were very lively.

There was a lot of discussion about a future energy system and a need to radically reduce energy demand in order to match a radically changed generation and distribution network – much more localised bit also inter-connected, with more renewable power and a wide variety of local and community supply options. Whether batteries or electric vehicles (or perhaps electric bikes) are the answer was a hot topic for debate with some taking a more 'pro-technology' view than others.

We were then fortunate enough to enjoy a fascinating presentation from Mark Billingsborough of Co-operative Energy who formally worked at EON and has responsibility for renewables and wholesale energy hedging. Co-operative Energy now have over 400,000 customers, officially making them a 'large energy supplier' and it was great to get an insight in to their operation. They now have energy efficiency and smart meter obligations – and Mark felt that 2025 is a more realistic date for the full smart meter roll out – something suggested by recent press reports on the issue. 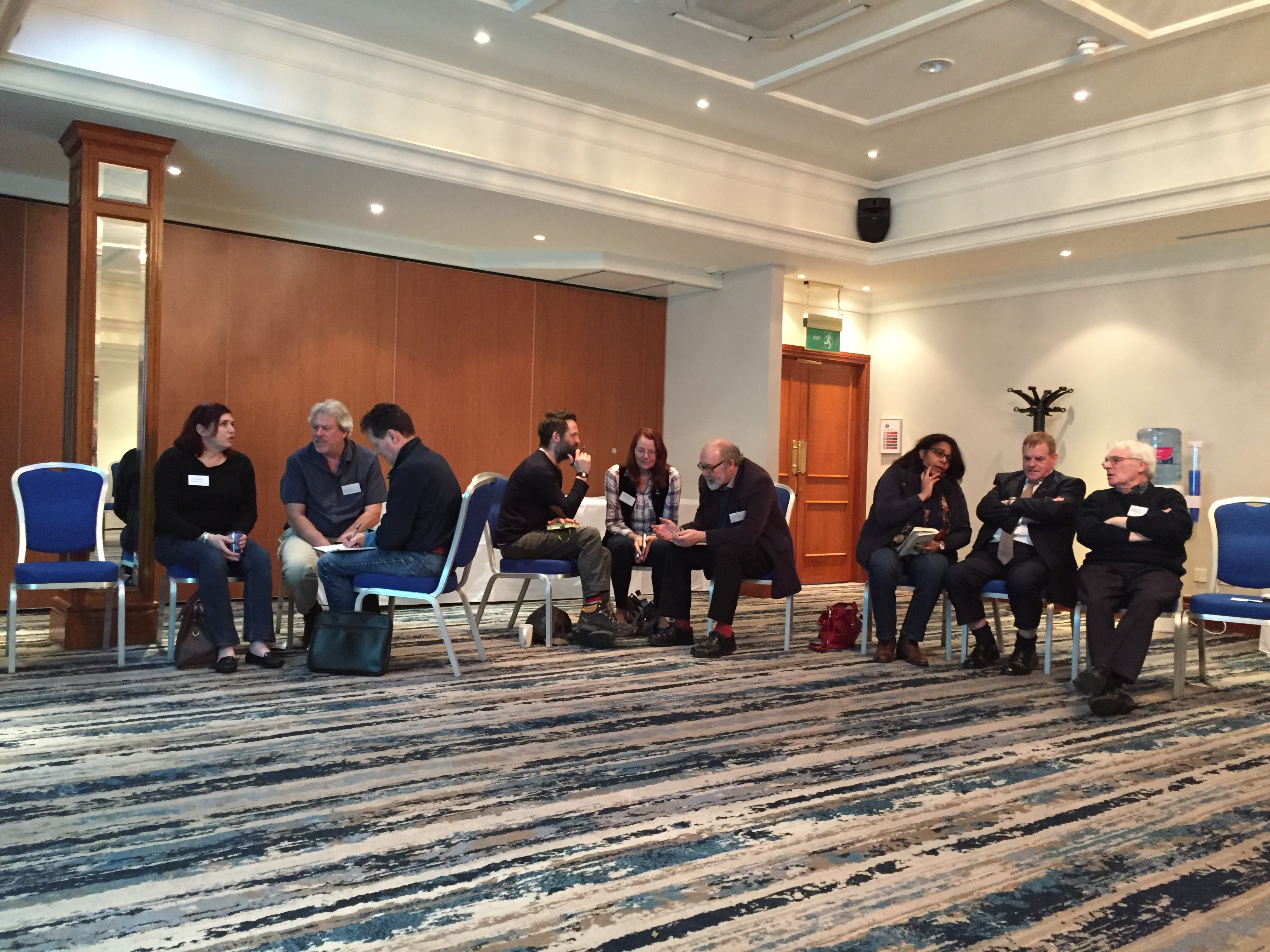 It was great to get an understanding of the impact of the energy transition on the business models of large energy companies and it's safe to say that more distributed energy generation, the closure of coal plants and more wind power on the network is extremely challenging to the long term future of these companies.

On Christmas Day 2016, 40% of the UK's power came solely from wind – this is an amazing achievement, but for energy companies trying to hedge and buy energy in advance on the wholesale market for their customers it introduces huge challenges – Mark identified this as a key reason behind the energy price rises we are seeing come in to effect.

The overwhelming feeling I took away from the two events is that with the energy system in flux, that community energy has a huge and growing role in innovating new business models and offering a trusted, local intermediary.

In view of the challenges of a changing system, energy efficiency and demand reduction is becoming a more and more urgent priority. So it is unfortunate to see politicians discuss energy price freezes when the overriding feeling from those within the sector is that energy actually needs reflect the true cost of its production and the cost of the energy transition as well as delivering an effective energy efficiency programme. In short, we simply need to use less energy and adapt lifestyles accordingly.